Taman Mini Indonesia Indah (TMII) or Beautiful Indonesia Miniature Park has the most museums in Indonesia. Presently it has 18 museums ranging from fauna, history, cultures, to science.

Some of the museums look like the ordinary museums with many exhibits, but the museums on flora and fauna are combined with parks where you can learn more about the living creatures. Even some museums allow you to play with some displayed instruments to learn the impact.

If you look closely, the look of each museum represents its theme. For example, the Power and New Energy Museum looks like an atomic structure, i.e. one proton surrounded by three electrons. Another example is the Sport Museum that has a giant soccer ball on its dome. Therefore, next time you visit Taman Mini Indonesia Indah, can you guess what is the museum without getting a hint from the map or the name at the front?

Witout further ado, here is the list of the 18 museums in Taman Mini Indonesia Indah and their short descriptions: 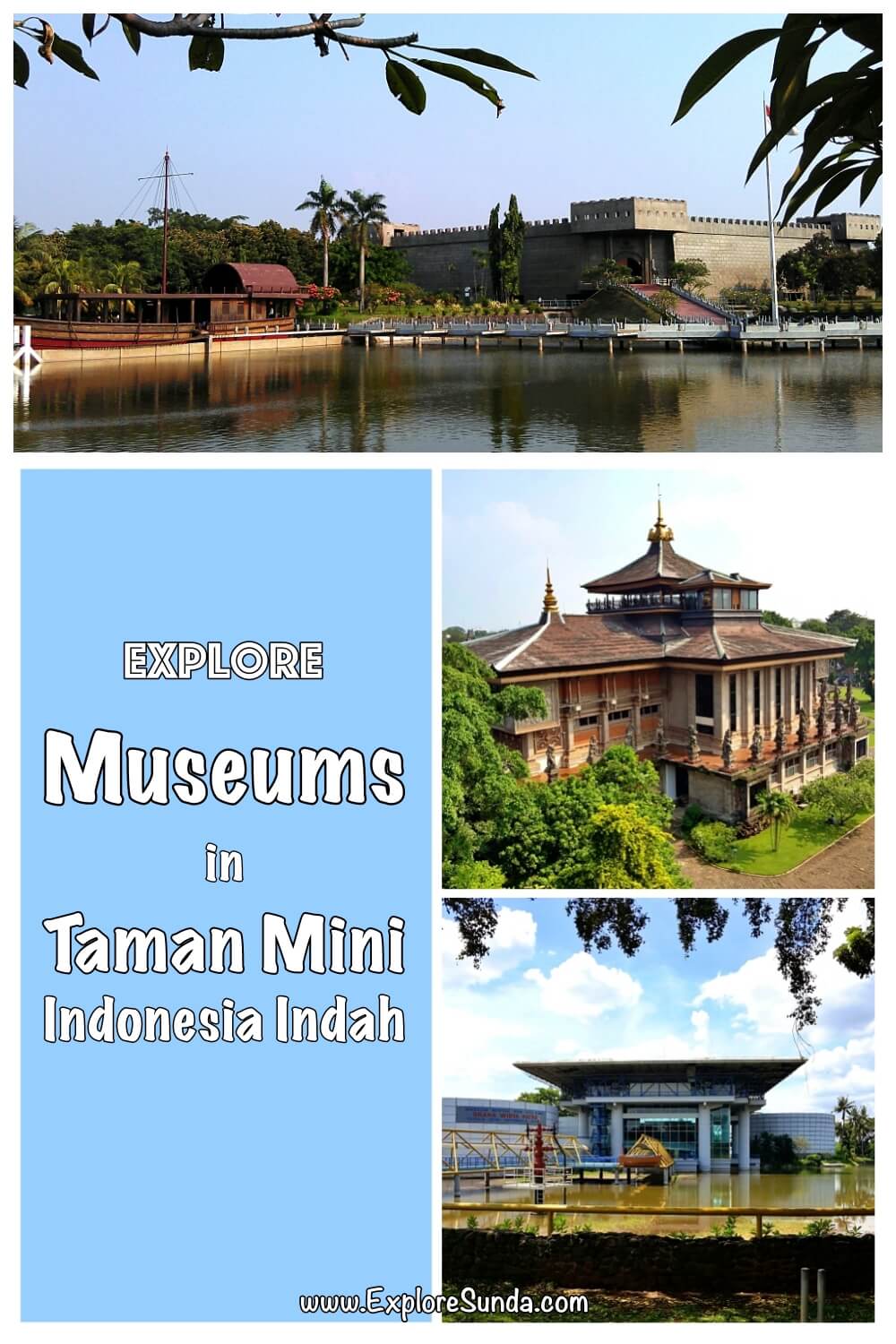 The first museum on the list is Purna Bhakti Pertiwi Museum, which is located next to the main gate.

This museum is dedicated to the former President of Indonesia: Mr. H. M. Soeharto. The collection of this museum comprises approximately 13,000 pieces, most of them are the souvenirs he received. For example, a sword from PLO leader Mr. Yasser Arafat, a crystal sword from Croatian President Mr. Franjo Tudman, silver plates from Kazakstan President Mr. Nursultan Nurbayev, and replica of Chinese princess bed made of jade from Yunan, China.

Museum Indonesia exhibits traditional and wedding costumes from every province in Indonesia, traditional ceremonies shown in dioramas, as well as local products and arts, such as batik, songket, paintings, etc.

The exhibits of the Information Museum depict the history of providing mass information in Indonesia, from the traditional one such as wayang suluh (presenting information through puppet performance) until the modern era of printing and television. 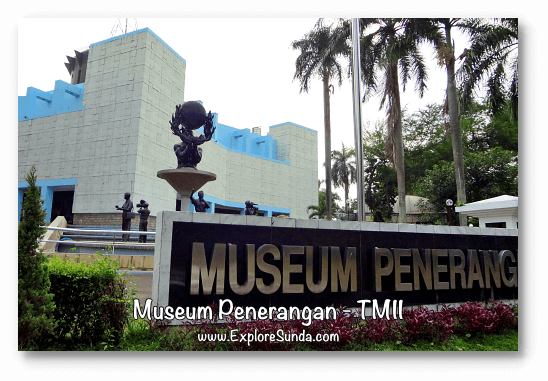 4. The Oil and Natural Gas Museum

The official name of the Oil and Gas Museum in Taman Mini Indonesia Indah is Graha Widya Patra (GAWITRA in short). This museum is also known as Museum Minyak dan Gas Bumi.

Since oil had been one of Indonesia’s important assets to develop our country, this museum was built to commemorate 100 years of the oil and natural gas industry in Indonesia.

As of April 2021, this museum is still temporarily closed for renovation. But, here is an overview of the Oil and Natural Gas Museum prior to its closing.

Museum Listrik dan Energi Baru (The Electrical and New Energy Museum in English) has more than 600 exhibitions, both inside and outside of the building. It is a unique museum in Taman Mini Indonesia Indah because you are allowed to try or watch the experiments. For example, there is a demonstration of sun-stove, where the energy to cook comes from the heat of the sun or you can try to play a magic harp (a harp without strings since the strings are replaced with infra-red rays). 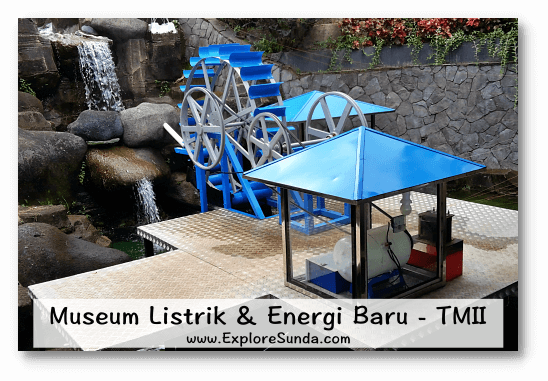 The HAKKA Museum is side by side with the General Ceng Ho Museum. Both are located in the back of Chinese Indonesia Cultural Park. They are the newest museum in Taman Mini Indonesia Indah.

PP-IPTEK [Pusat Peragaan Ilmu Pengetahuan & Teknologi] a.k.a The Science Center is a must visit place in Taman Mini Indonesia Indah, because it introduces science and technology in a fun and entertaining way for the whole family.

Actually, it is not a museum per se, because there aren't many historical objects here. But, there are 300 exhibition tools that can be touched, held, and played with :) 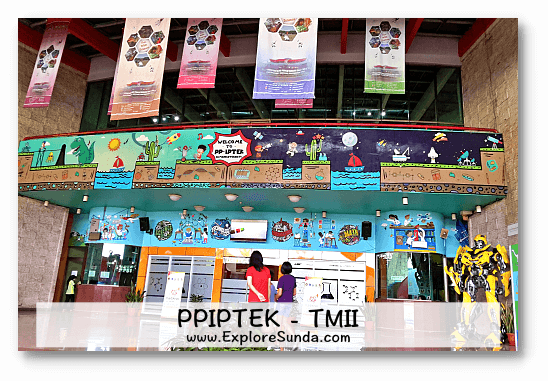 Museum Perangko Indonesia (the Indonesia Philately Museum in English) has a collection of thousands of stamps from all over the world. It also provides information on the history of postal services, in the world as well as Indonesia, represented by several dioramas and pictures.

This museum used to be an East Timor pavilion, the 27th province of Indonesia. However, the province of Timor Timur chose to be independent through a referendum in 1999. Hence, Taman Mini Indonesia Indah changed the status of the pavilion to become a museum.

This Komodo Museum and Reptile Park combine the displays of preserved reptiles inside the museum and the live reptiles, such as snakes, tortoises, and Komodo, in the habitats surrounding the museum.

You can easily find this museum in Taman Mini Indonesia Indah since it looks like a giant komodo.

Komodo is an endangered species that only live on Komodo island, in the Lesser Sunda Islands.

The collection of Transportation Museum includes:

Transportation Museum has a Traffic Park as streets simulation, complete with the traffic lights and signs. Children can rent mini becak, bicycle or car and ride them as if they are in the real streets. Sot they can have fun while learning the traffic rules.

Museum Keprajuritan [The Indonesia Soldier Museum in English] is a memorial for our ancestors' bravery in many battles against colonization from the VII to XIX century.

This museum looks like a fort surrounded by a wide moat. The moat represents Indonesia as a maritime country. There are two popular traditional boats moored: an ancestral boat from Banten and the famous Phinisi from South Sulawesi.

Museum Pusaka [the Heirloom Museum] in Taman Mini Indonesia Indah might be the only museum in Indonesia that collects, preserves, and exhibits traditional weapons from all over Indonesia.

The ticket to Museum Serangga is valid for two places:

Here you will see various preserved insects and some of the live ones in the butterfly garden. Then you can continue to the Fresh Water Aquariums next door.

Asmat is a name of an ethnic group living in Papua, the eastern part of Indonesia. Thus, the Asmat Museum is dedicated to exhibits the life, art, and cultures of Asmat people.

Some of the collections are traditional clothes and jewelry, the mbis pole (the ancestor's statue), hunting tools, and the tifa (a percussion instrument). You also can see their modern art based on market demands mix with their unique traditional patterns.

This museum exhibits the history of telecommunication in Indonesia, from the traditional one made of bamboo to the modern ones in the digital era, such as satellite, internet and video conference.

18. The Bayt al-Qur’an and Istiqlal Museum

You can learn many aspects of Moslem in this museum. Bayt al-Qur'an means home of al-Qur'an, hence, it exhibits all things related to al-Qur'an. On the other hand, Istiqlal Museum exhibits Moslem cultures in the form of arts, architecture, etc.

Taman Mini Indonesia Indah is more than just having the most museums in Indonesia. TMII also displays beautiful traditional houses, has many parks and gardens, and many rides to have fun :)