PP-IPTEK is an abbreviation from Pusat Peragaan Ilmu Pengetahuan dan Teknologi. Loosely translated into English, it is a center for demonstrating science and technology. It is popularly known as the Indonesia Science Center.

The location of this science center is near the back of Taman Mini Indonesia Indah. It is a massive building, approximately 23,400 square meters, with an equally vast parking lot.

PP-IPTEK offers 25 categories for you to explore. There are more than 250 exhibitions in total. Some of the categories are space, eco-green, telecommunication, math, robotics, electricity, and magnet.

The exhibits start as soon as you approach the building. A robot replica of Bumblebee (from the Transformer movies) stands tall near the ticket booth. You will also see a set of pipes nearby, where you can play music by smacking a rubber bat on top of the openings.

As soon as you pass the entrance door, a T-Rex and other dinosaurs will welcome you :) They all can execute some limited moves and make some noises. Here, you will find some information about the dinosaurs and the plants that lived during that time.

After that, there is not any guideline of where you should go first. Just walk around and stop whenever you see something that interests you. The best part of PP-IPTEK is that most of the exhibitions here are in the form of simple experiments. You can try them all and don't forget to read the explanations of how it works or why it happens. Unfortunately, all of the information is in Bahasa Indonesia. 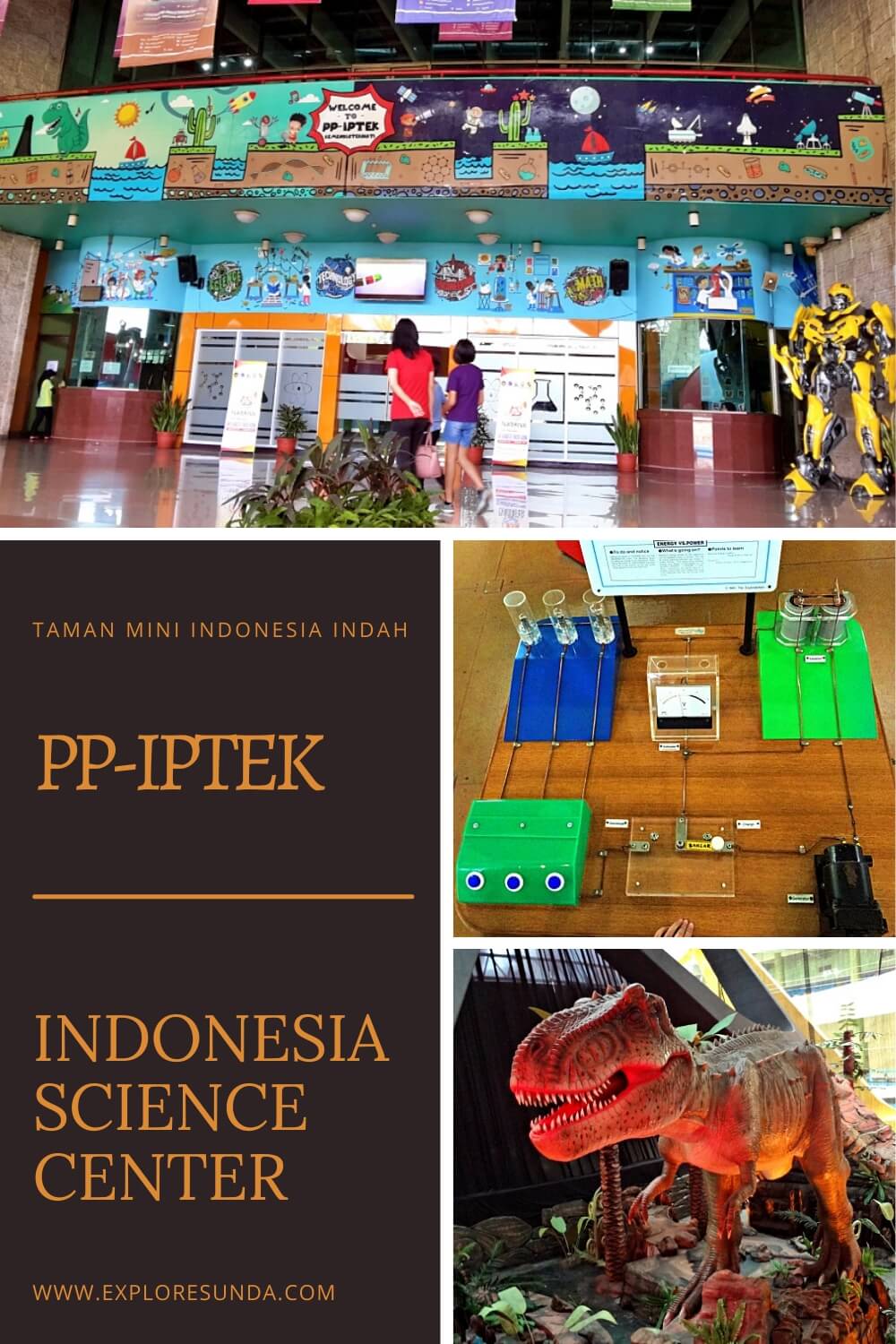 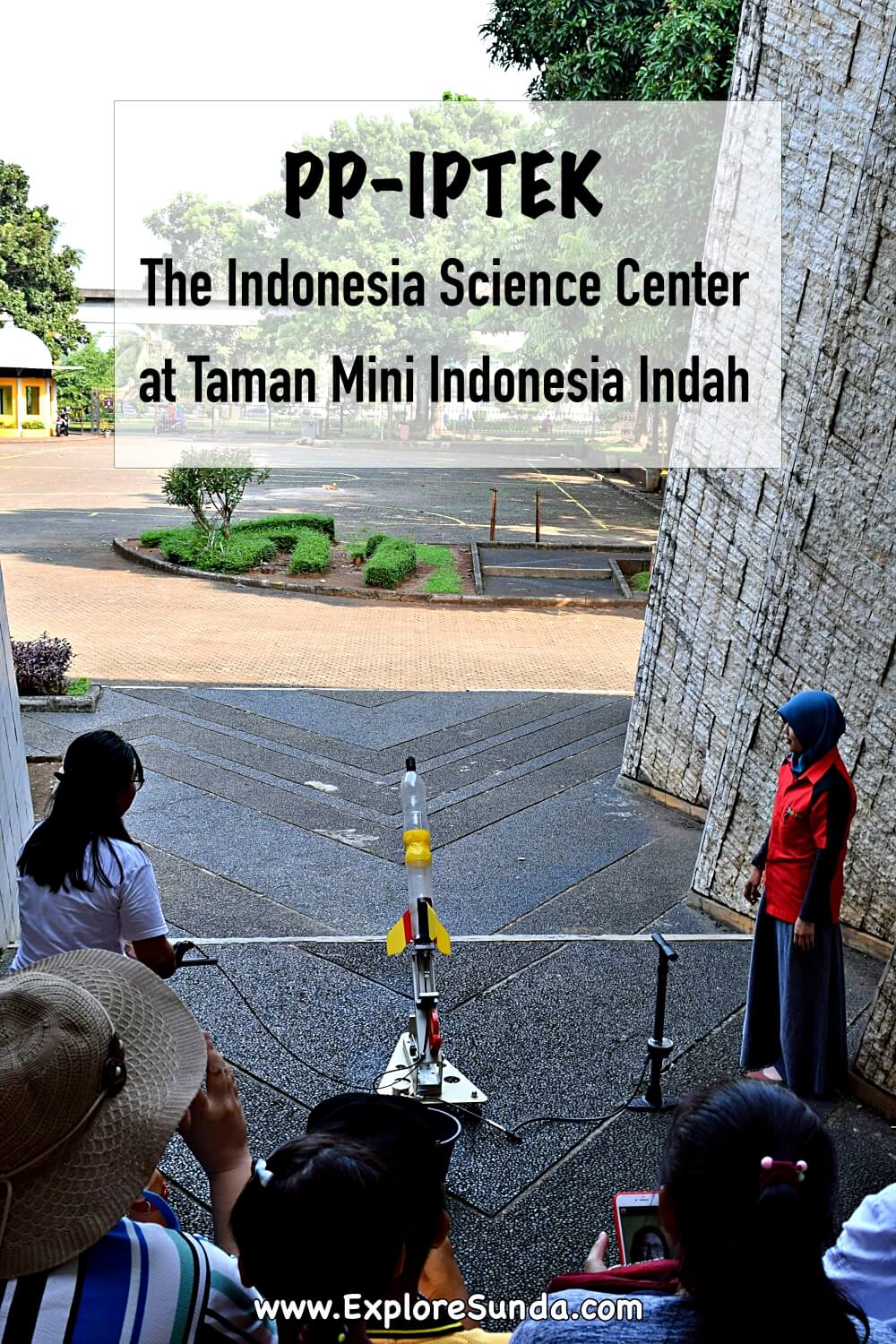 All of these exhibitions are suitable for kindergarten up to high school levels. It doesn't mean every exhibit is for everyone. For example, the Young Scientist Area (Wahana Peneliti Cilik in Bahasa Indonesia) is suitable for children below eight years old. On the other hand, other exhibits such as Tesla-Coil and Robotic are more relevant for older children.

One of the favorite demonstrations in PP-IPTEK is the launch of the water rockets. First, the host will explain a bit about how these water rockets work. Then, they will choose one or two guests to help them. Although they made the rocket using used plastic bottles, these rockets definitely can fly across the lawn!

As part of the Ring of Fire, Indonesia has tons of active volcanoes. Hence, earthquakes are common occurrences in Indonesia. Thus, it is fitting that PP-IPTEK has an earthquake simulator, so people can experience and learn how to deal with earthquakes.

This earthquake simulator looks like a small house that has only one room with a dining set. Once you have sat on the dining chair, then the simulator will start. The house will shake so bad, similar to the actual earthquake.

Along with these interactive exhibitions, PP-IPTEK also has many displays showing the developments and applications of science and technologies in Indonesia. One of them is the replica of a small airplane. Finally, PP-IPTEK also has an auditorium with a capacity of 130 people, where you can watch short movies related to science.

Other things to do in Taman Mini Indonesia Indah...