The Best Mountain and Active Volcano in Sunda

Many mountains in Indonesia are active volcanoes, because Indonesia lies in the line of the Ring of Fire.

The Ring of Fire, also known as The Circum Pacific Belt, is a horseshoe-shaped area that outlines the Pacific Ocean. It has 75% of the world's volcanoes and where 90% of earthquakes originate.

Knowing that, let's take a look at mountains, active volcanoes, and craters in Sunda, starting with the famous ones.

This is a famous adage to describe Bandung's topography. Loosely translated from Basa Sunda (Sundanese language), it means Bandung is surrounded by mountains.

This old Sundanese saying is so true. Many mountains surround Bandung. They are:

Queen Crater at the peak of Mount Tangkuban Perahu.

Of all these mountains, Mount Tangkuban Perahu (Tangkuban Parahu in Basa Sunda) is the most famous. It because when the sky is clear, people in Bandung can see the flat top of the mountain that looks like an upturned boat. This unusual shape became a legend in the story of Sangkuriang.

Geologically speaking, the flat top of Mount Tangkuban Perahu is the result of several massive eruptions that created several craters. Presently, you can see Ratu (Queen) crater from the mouth of the volcano and walk inside Domas crater.

Domas Crater at Mount Tangkuban Perahu, where you can walk inside the crater and boil eggs!

Mount Tangkuban Perahu is an active volcano. It erupted several times since its first recorded eruption in the 1600s. Although its last phreatic eruption was in 1969, over the years, there were several seismic activities. Whenever these seismic activities occurred, the mountain would be closed for any visitor. 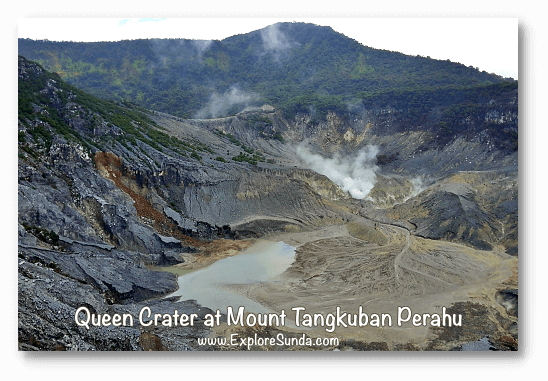 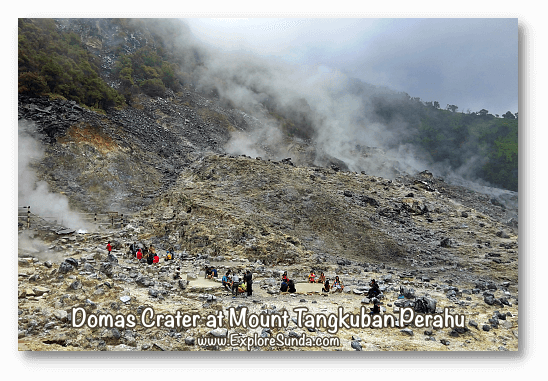 Where is Mount Sunda?

According to geologists, Mount Sunda erupted 105,000 years ago. The eruption was so massive that the mouth of this active volcano collapsed, resulted in an enormous caldera. The bottom of this caldera was Situ Lembang (Situ is a Sundanese word for a lake). Over the years, several mountains emerged inside the caldera of Mount Sunda. Among them were Mount Burangrang and the youngest mountain was Mount Tangkuban Perahu.

On the other side of Bandung, the most famous crater in the south is Kawah Putih (White Crater in English). However, not many people know that it is on the slope of Mount Patuha (2,434 m). Due to its beauty, Kawah Putih becomes one of Bandung must-see destination :) 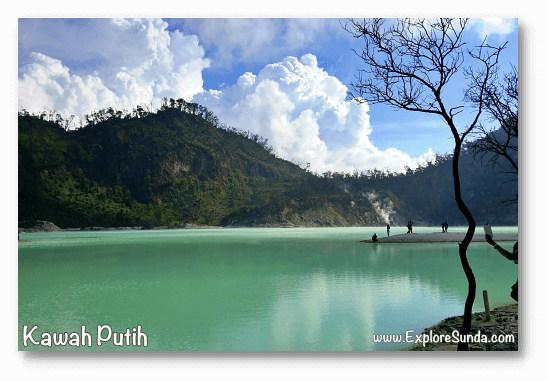 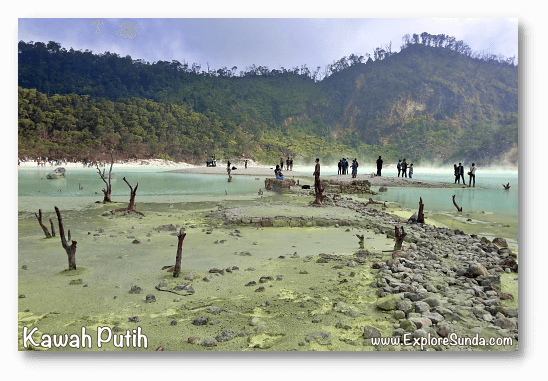 Driving further to the south, you will reach Situ Patenggang (situ is a Sundanese word for a lake).

Situ Patenggang looks so tranquil. You will not smell any trace of sulfur here. But in reality, Situ Patenggang is an ancient crater formed in the Pliocene Era, which is approximately 5.3 million to 2.58 million years BP (Before Present). 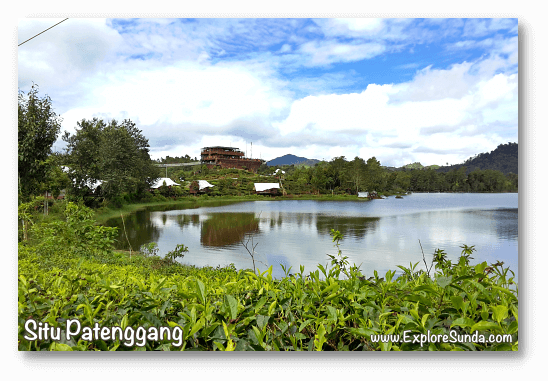 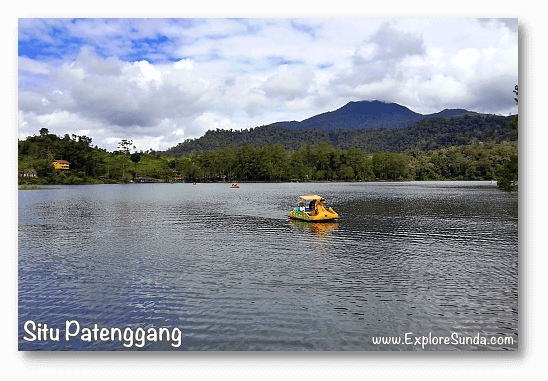 This two-peak mountain is very famous among climbers. The location is inside the Gede-Pangrango National Park. The entrance to this national park is either from Cibodas Botanical Garden in Cipanas Puncak or Selabintana park in Sukabumi. Many climbers prefer the former since it is closer to Jakarta and Bandung.

Mount Ciremai is another favorite mountain for climbers, because at 3,078 meters, it is the highest mountain in West Java. As an active volcano, it has a crater at the peak.

Similar to Bandung, many mountains are surrounding Garut. Most of these mountains are active volcanoes that are used for geothermal power plants (Pembangkit Listrik Tenaga Panas Bumi). The most prominent one is at  Mount Kamojang.

Another popular mountain in Garut is Mount Papandayan (2,675m), because it has an easy access and an easy hike to reach the craters. Plus, it has a vast car park nearby.

Mount Guntur (2,249m) has two accesses: from Cipanas Garut and Kamojang crater. Both are favorite tourist destinations. Cipanas Garut is famous for its hot springs. You will find many hotels with bathrooms, swimming pools, and water parks, all filled with water from the hot springs. On the other hand, there are 23 craters in Kamojang!

Mount Galunggung is an active volcano near Tasikmalaya. Its last eruption was in October 1981 and lasted until August 1982. I remember its volcanic ash darkened the sky for several days. No matter what time it was, it looked like nights.

Fast forward to the present time, Galunggung has become one of the favorite tourist destinations in West Java. You can see Galunggung crater after you climb 620 stairs! :) Then soak yourself in the hot spring pool, watch a fabulous view from Galunggung Viewdeck, and visit the 80 meters high Curug Agung (Grand Waterfall) Galunggung. 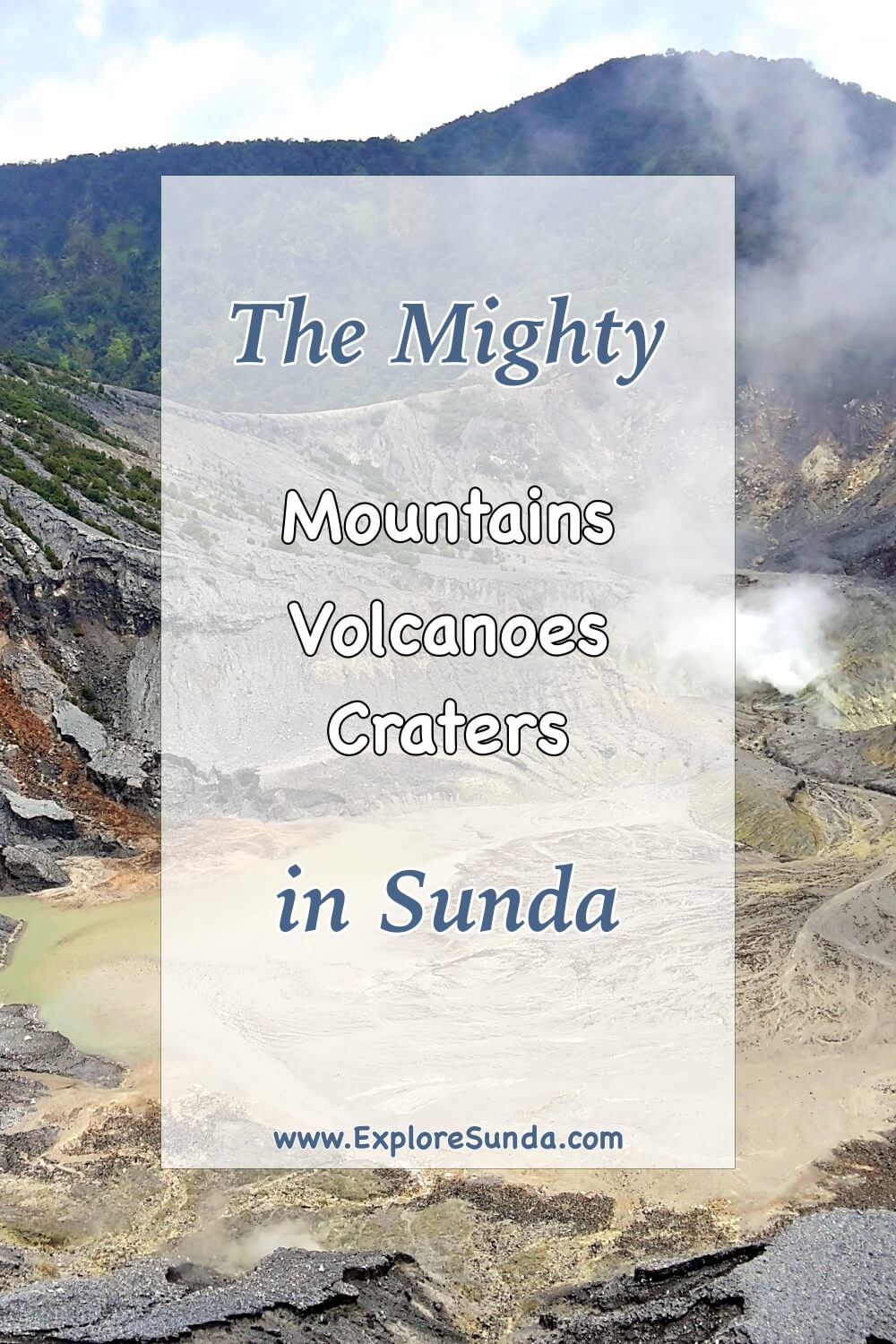 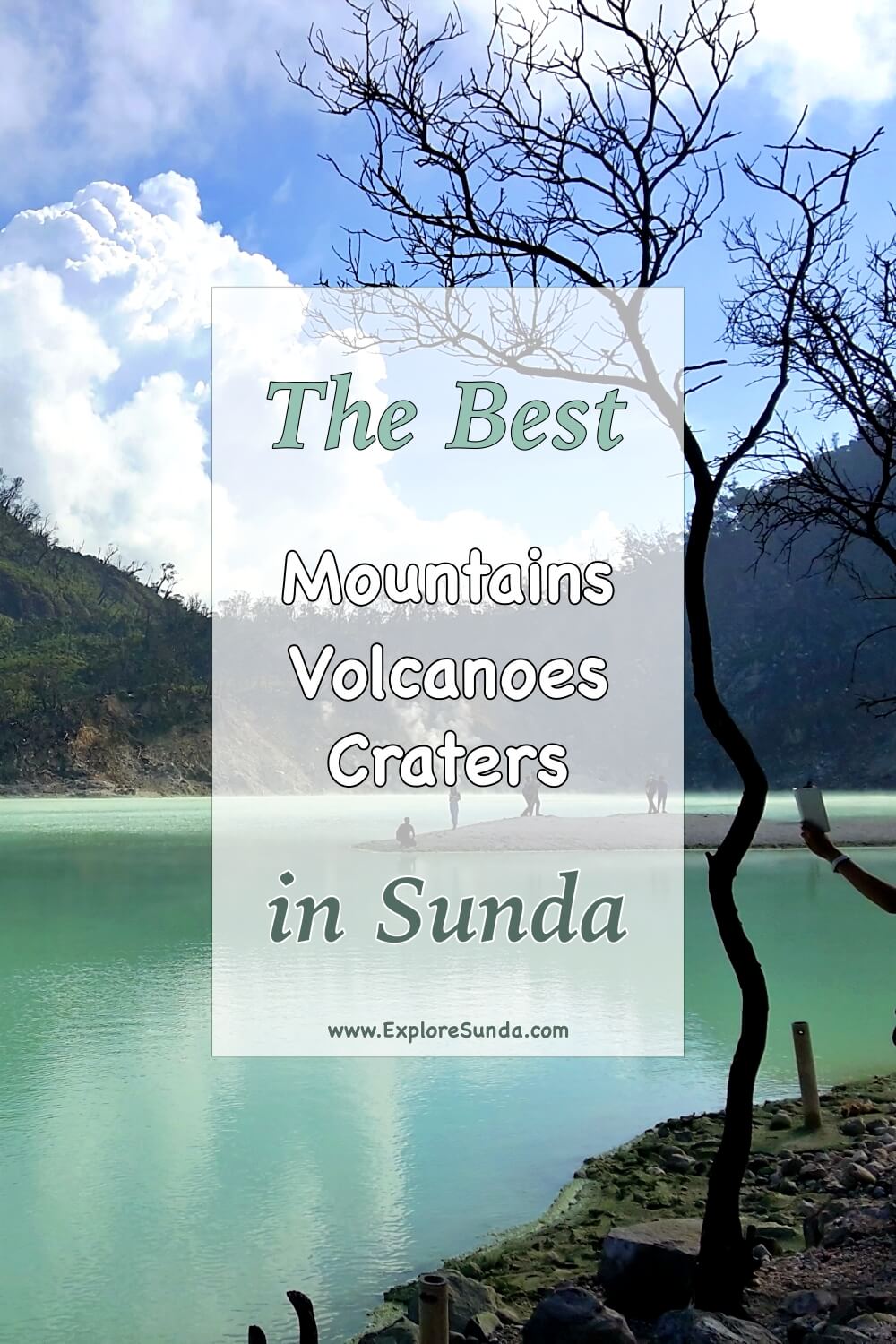 Besides mountains, active volcanoes, and craters, the land of Sunda also has stunning beaches and cities. Have you explored them?