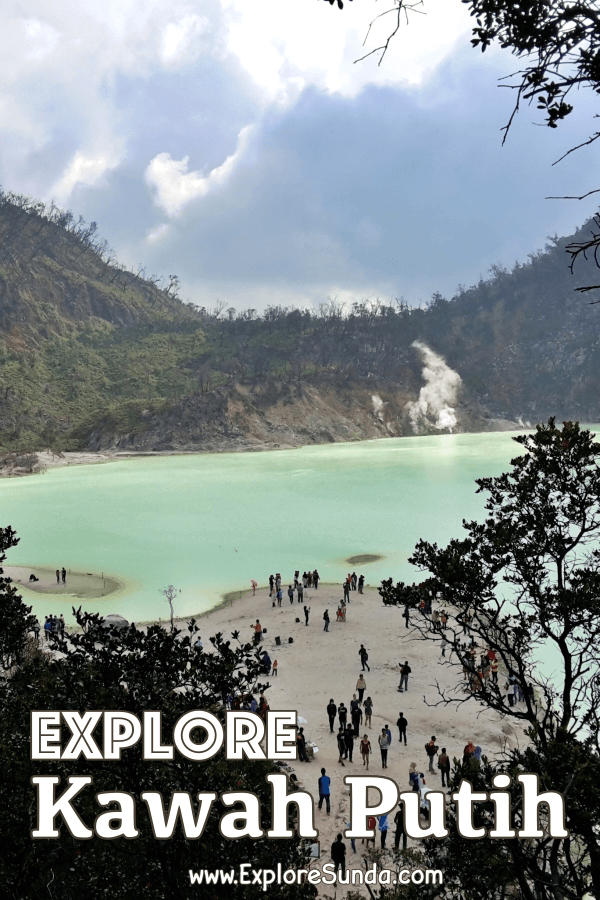 Kawah Putih, or White Crater in English, is a beautiful volcanic lake in Ciwidey, approximately 47 km south of Bandung.

Nowadays, it is as popular as Tangkuban Perahu crater in Lembang, since we can easily reach both craters from the parking lot. Of these two, I would say Kawah Putih is more beautiful than Tangkuban Perahu. The view of the crater is amazing: from the mix of white and greenish color of the lake, the white sandy beach, to the limestone cliffs. Even some trees can grow in this crater.

Since most of the crater is under the water, the scent of sulfur is not too strong, so we are still able to walk around near the lake, capturing the view both into our memory and cameras :) However, please be cautious, usually the smell is stronger after the rain and at dusk. 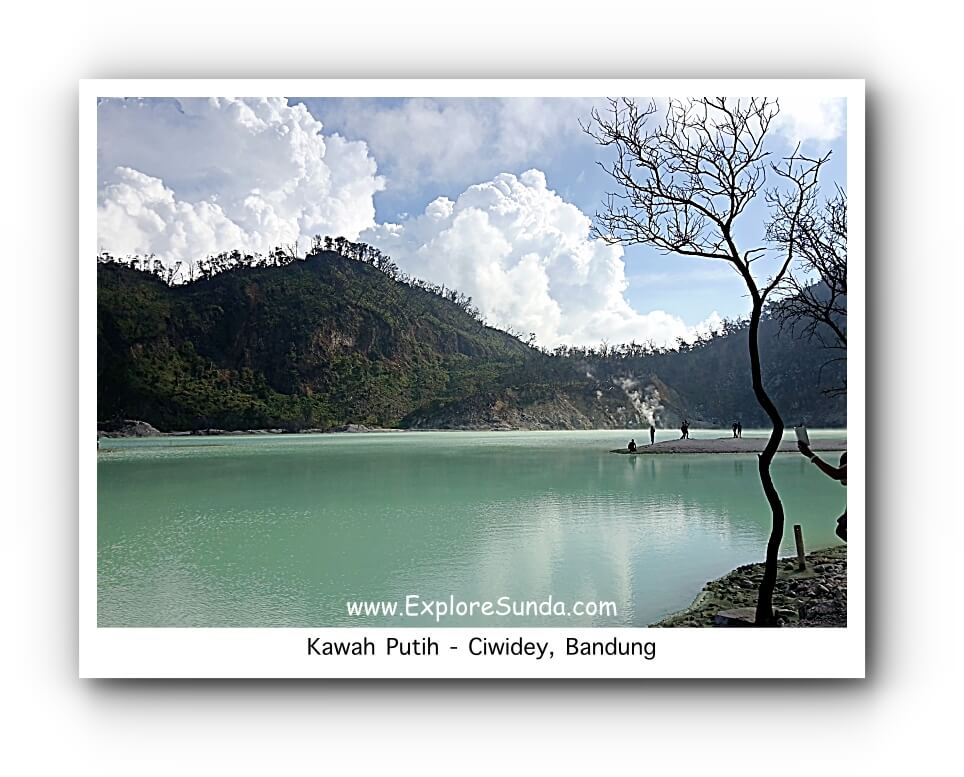 There are two options to enjoy this amazing view:

Both provide us with great views and perfect photo opportunities. 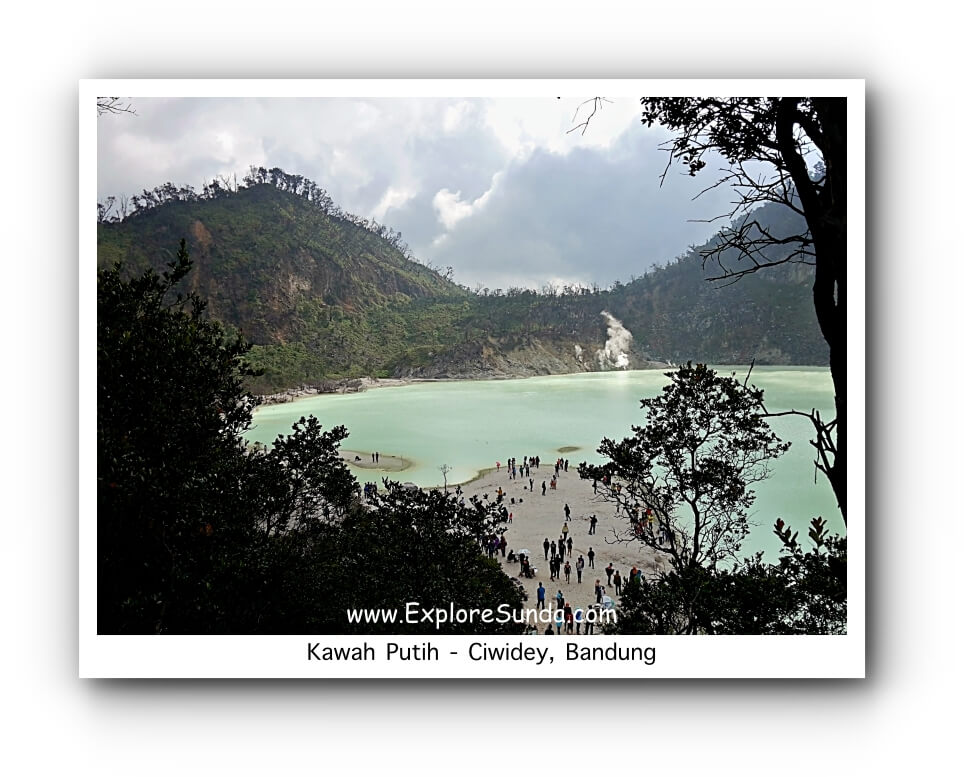 Geography and History of Kawah Putih

Kawah Putih is one of the two craters of mount Patuha (2.434 meters above sea level). The first crater was formed when mount Patuha erupted in the tenth century. It is in the northwest side of the summit and it is a dry crater. The second eruption in the 12th century created the crater in the southeast of the first one. Over the years the second crater became a lake and known as Kawah Putih. 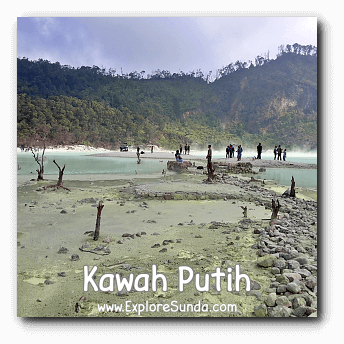 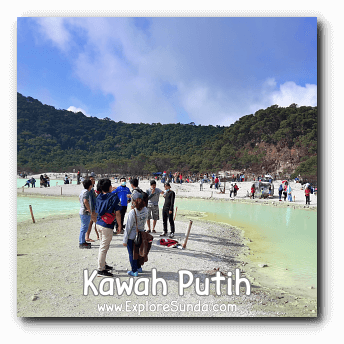 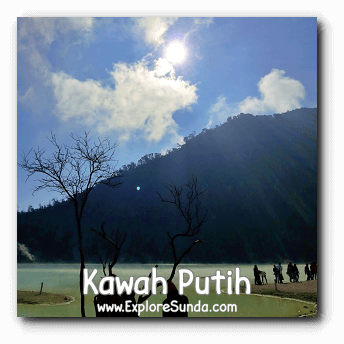 The word Patuha was originated from pak tua, meaning old man or elder, since the locals believe that mount Patuha is the oldest mountain. They also believed that it is the meeting place of the spirits of their ancestors. Therefore, nobody dared to go there when Dr. Franz Wilhelm Junghuhn visited southern Bandung in 1837.

Mr. Junghuhn found out the mountain has abundant sulfur, so the Dutch built a sulfur factory called
Zwavel Ontgining Kawah Putih. It changed its name into Kawah Putih Kenzanka Yokoya Ciwidey during Japanese colonization. Nowadays, the factory has long gone, but we still can see the front entrance of the tunnel used to mine the sulfur. It is closed though. Many people believe that sulfur is a cure for some skin diseases, hence, we will find some vendors sell the sulfur in small packets. 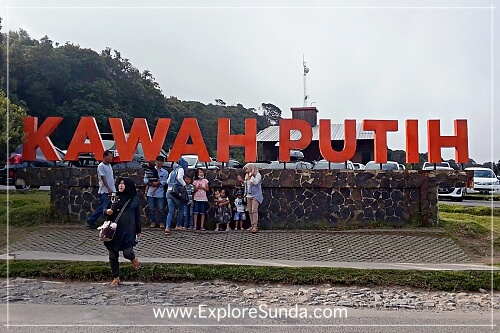 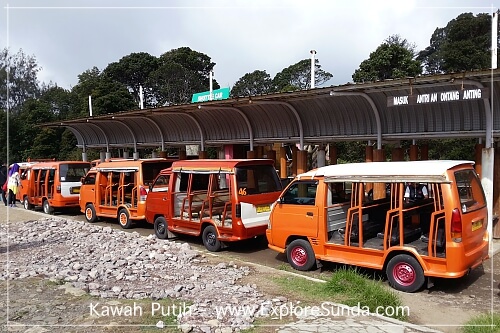 The opening of the Soroja (Soreang - Pasirkoja) tollroad shortened the traveling time to Kawah Putih. You just need to drive until the end of Soroja, which is less than half hour from Pasirkoja Bandung to reach Soreang. Then, follow the direction to Ciwidey.

Slow down once you have passed Ciwidey Valley Resort. The entrance gate to the crater is on the left side of the road.

The crater itself is still 5 km uphill from the entrance gate. There are three options to reach the crater:

These tickets are on top of the entrance tickets.

Love this post? Why don't you pin it to your favorite board :) 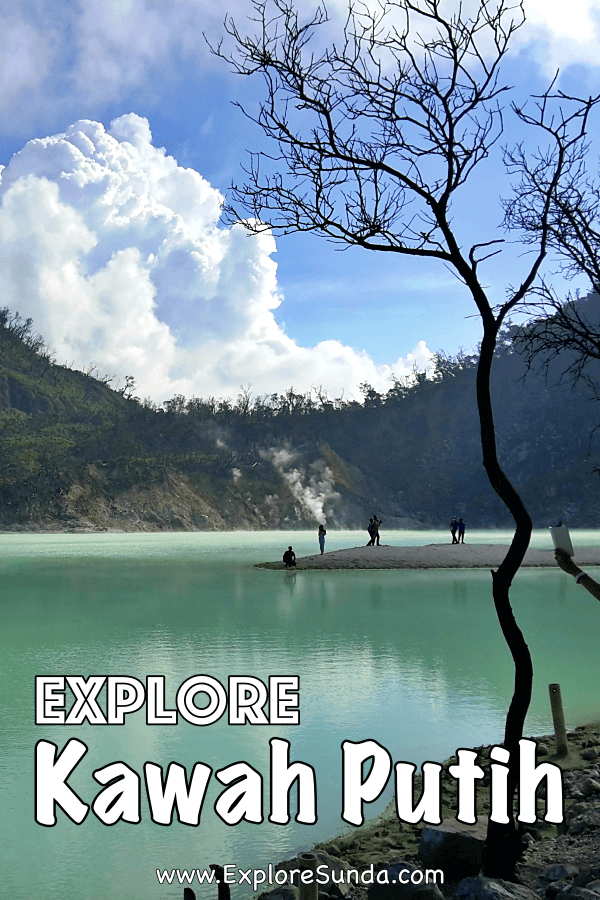 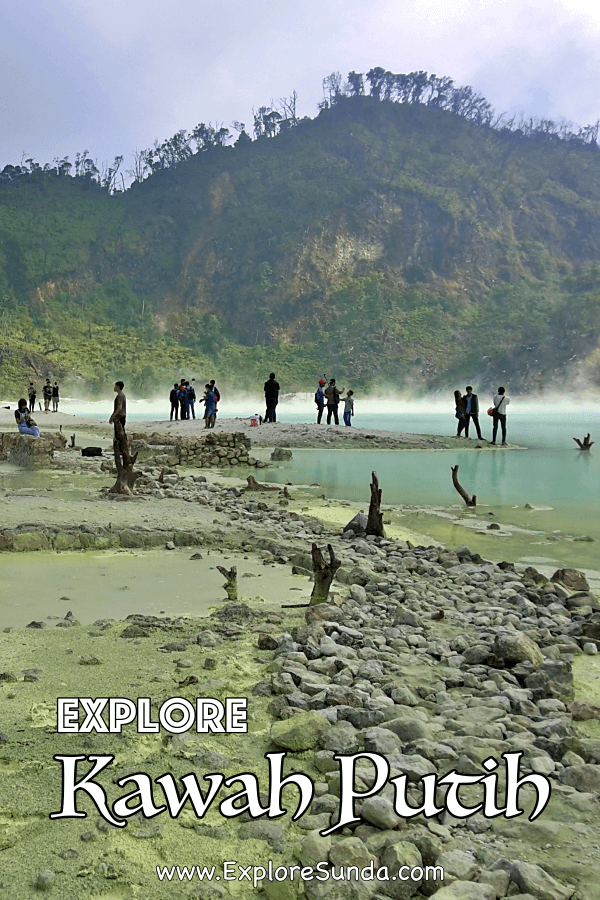 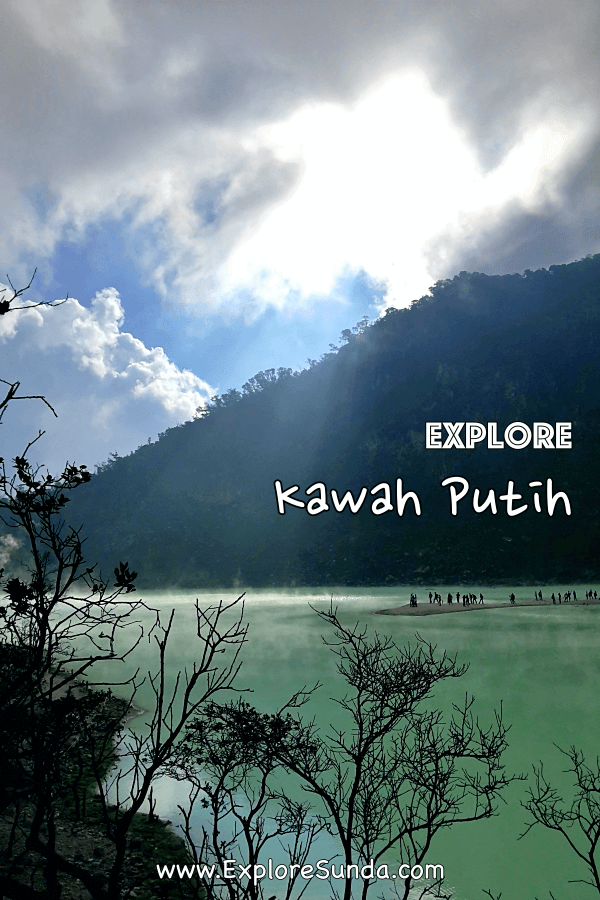 As I mentioned before, the other most popular craters in Sunda where we can see from the parking lot is Queen Crater of mount Tangkuban Perahu. The other crater in this mountain is Domas crater, where we can walk around and boil some eggs.