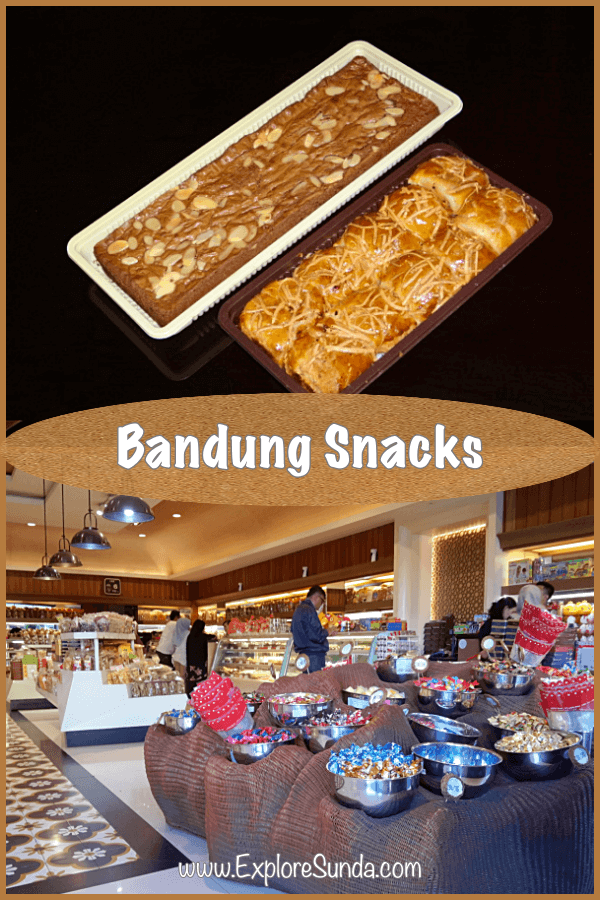 Your Bandung shopping list will not be complete without shopping for snacks. Bandung is very famous for delicious and unique snacks. Some favorite snacks that are highly recommended  in this Bandung Shopping Guide are: 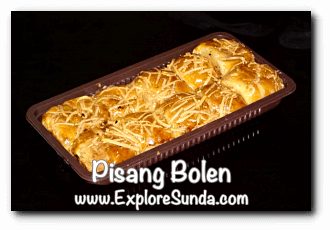 It is some kind of pastry filled in with ripe banana and a piece of cheese. It was Kartika Sari cake shop that first popularized this snack, then followed by Mayasari cake shop and Prima Rasa bakery and pastry shop. Other favorite snacks from Kartika Sari are Cheese Roll and Cheese Stick.

Presently, there are eight Kartika Sari shops, the most sought after  are located in the heart of Bandung tourism: 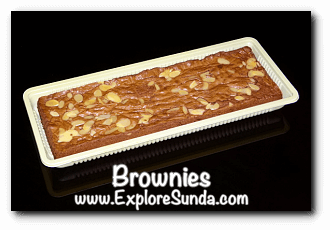 You can find Prima Rasa bakery and pastry shops at:

The pioneer of steamed brownies is Amanda. It sells them in cars parked in busy streets of Bandung, such as Kebon Kawung street, near Bandung railway station (the new entrance), and Dago (Ir. H. Juanda) street.

If you asked me, I still prefer the baked brownies. In my opinion the chocolate flavor is tastier when the brownies is baked.

Can you guess what is a Sundanese snack that look like a burger? It is called Bagelen! You should try Bagelen Abadi at Purnawarman street. Bagelen is a bun with a spread of rum butter in the middle. The Dutch calls it warmbollen. There are two varieties of this snack: the normal bun and the toasted bun, which is very crunchy. Both are very delicious :)

Bandung Shopping Guide continues the snack hunting to the most original snack from Sunda: comro. It is a Sundanese acronym for ‘Oncom di Jero’, meaning it is filled with oncom. Oncom is a unique food you can only find in Sunda. It is made of peanuts fermented with fungi. So, this snack is made of fried cassava with spicy oncom in the middle. You can find this snack in food carts selling fried traditional snacks on pedestrian walks.  Usually they also sell fried tofu filled with bean sprout and slices of carrot, fried banana covered with crispy dough, etc.

Mie Kocok Bandung is a famous noodle dish in Sunda. It is a steamed noodle eaten with kikil, bean sprouts, fried shallots, beef meatballs and sweet soy sauce. The specialties of this meal is that the broth is made up from beef's leg. Kikil is a thick cow hide at the foot area. The taste is rubbery, but many people like it.

One vendor of Mie Kocok Bandung is at Suryani Dalam street. In less than 1 kilometer, there is another favorite vendor of this meal, at Jendral Sudirman street, near the post office. You also can find another vendor in the cart at Kartika Sari snack shop yard.

They are made by dipping thin cuts of tempe or oncom into dough and then fried them, so they are crispy and eaten like chips. For years, the famous sellers of this snack are Kabita and Raos, both have shops on Cihampelas street. You also can find other sellers in front of Leuwi Panjang bus station or Pasar Baru. But my favorite seller is in Lembang, at the front kiosk of Lembang fruit market. You will not miss it, since it is the only one and right in the heart of the town.

The next famous snack in Bandung you should include in your Bandung shopping list is Batagor, an acronym of Baso Tahu Goreng (fried tofu filled with fish meat). Usually we eat it with peanuts sauce. You can add soy sauce, small sour orange or spicy chili sauce according to your taste.

The most famous batagor seller is Kingsley at Veteran street. You either can dine in there or take it home.  Many people buy a lot for their friends and relatives back home, so sometimes the queue is long, especially on weekends. My tip is to avoid meal times, if possible come here beforehand. Alternatively, many people also like Riri Batagor, which you can find at Buah Batu street as well as in Paskal Hyper Square.

Bandung is also famous for culinary adventures and a paradise for shopping. Let's check them out!