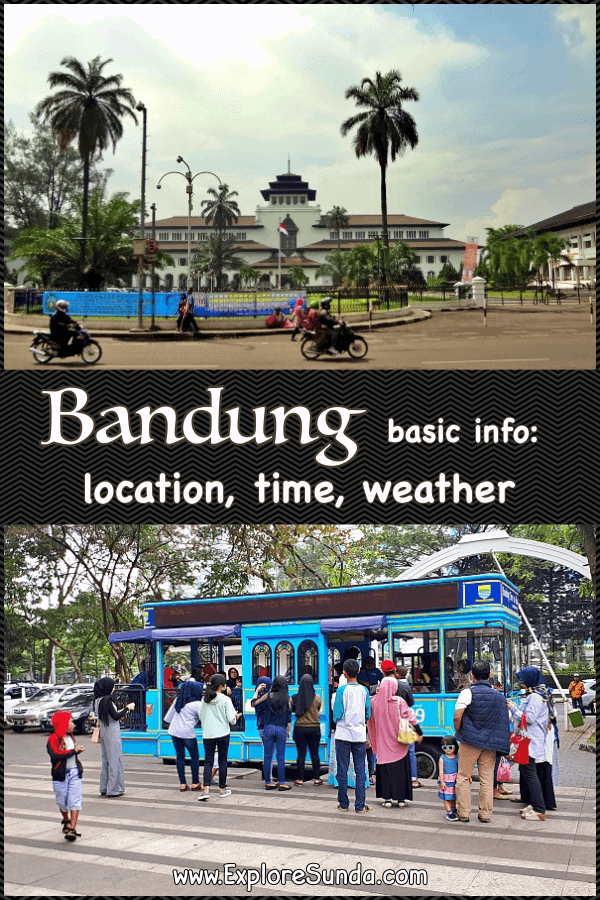 So, you heard about this colorful and bustling city of Bandung. But, where is Bandung?

You read a lot about the many wonderful places your family can enjoy, which make you very interested to go there.

Next you might wonder, what time zone is Bandung in and how is the weather in Bandung?

What kind of clothes should you prepare for your vacation in Bandung?

Those might be the first few questions that might pop up when you are planning your vacations.

Bandung is the capital of West Java province, one of the 34 provinces in Indonesia. As you might correctly guess, it lays in the western part of Java island. Java is the most populous island in Indonesia.

It is only 150 kilometers from Jakarta, the capital city of Indonesia, hence, it is easy to travel to Bandung. There are three international airports to choose from. The toll roads are well connected between Jakarta, Bandung and Cirebon. But many travelers prefer the train, which has many routes to Jakarta and other cities in Java such as Yogyakarta, Semarang, Surabaya and many smaller towns in between.

Are you planning a trip to Bandung? Check these out:

Laying pretty close to the equator, the sun always rises and sets around 6AM and 6PM, respectively. They only deviate in less than 30 minutes, when the sun is at its furthest in the north or south.

The city is located on a highland surrounded by mountains, hence it is known as Bandung Basin. It is approximately 700 meters above sea level. 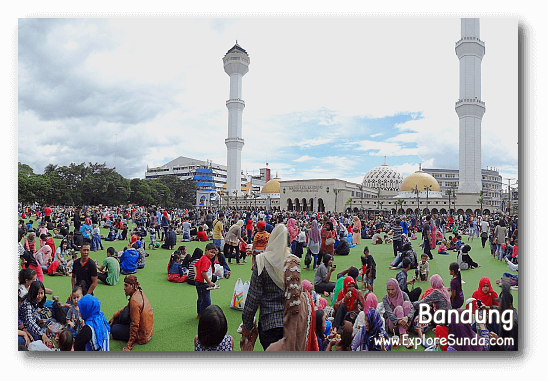 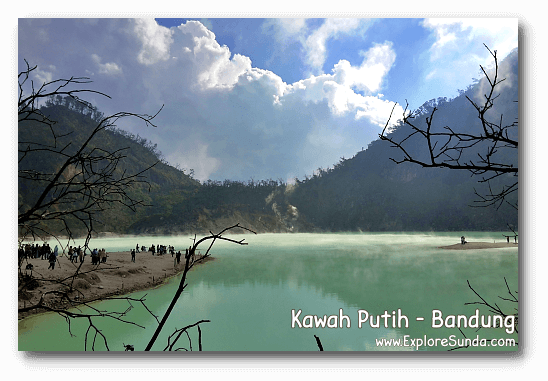 Being in the tropic also means the humidity in Bandung is quite high. Sometimes it almost reaches 100%.

However, since Bandung is on a highland, there are plenty of cold winds blowing, especially at nights. Hence, the temperature ranges from 28 to 35 degrees Celsius.

What to wear in Bandung? 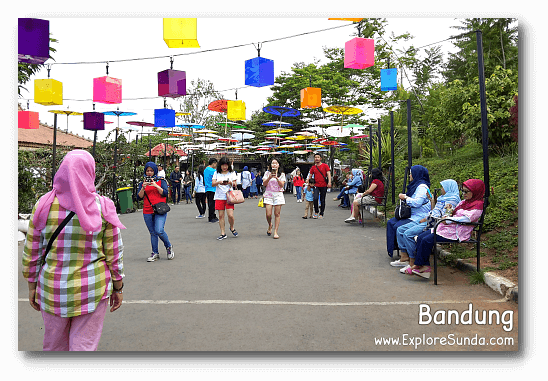 In other words: what would be the appropriate travel outfit in Bandung? Depending on how fashionable you are, the answer to this question can be simple, or it will open up to a whole range of possibilities.

In short, the warm and humid weather in this city occurs all year long. Hence, people prefer to wear light and absorbent clothes such as cotton and jeans. As long as you don’t go to places of worship, you can wear shorts, t-shirts, and sandals. Sleeveless is still okay, but a tank top is not common. Since the majority of people in Bandung are Muslim, you will see many women wear hijab.

Being in the highland, you might encounter strong cold winds, especially at night and early morning (especially when you join an off-road tour to see the sunrise). Hence, you’d better bring a jacket.

There are several restaurants in upper dago and Punclut offering romantic dinners and a night view of Bandung. Some are indoors, but many are outdoors. Hence, you might need a jacket.

Overall, people in Bandung are considerably casual. You will see many people wear jeans and t-shirts. Formal clothes are reserved for weddings. If you want to blend in with the locals, wear batik. The beauty of wearing batik is it can be considered as casual as well as formal :)

Now you know the three essential pieces of information you’ll need to prepare for your vacations in Bandung. The next step would be to check on the many places of interest in Bandung!