The month of August is very special to Indonesian, since we are celebrating Indonesia Independence Day. Patriotic songs can be heard in public places, especially this one: 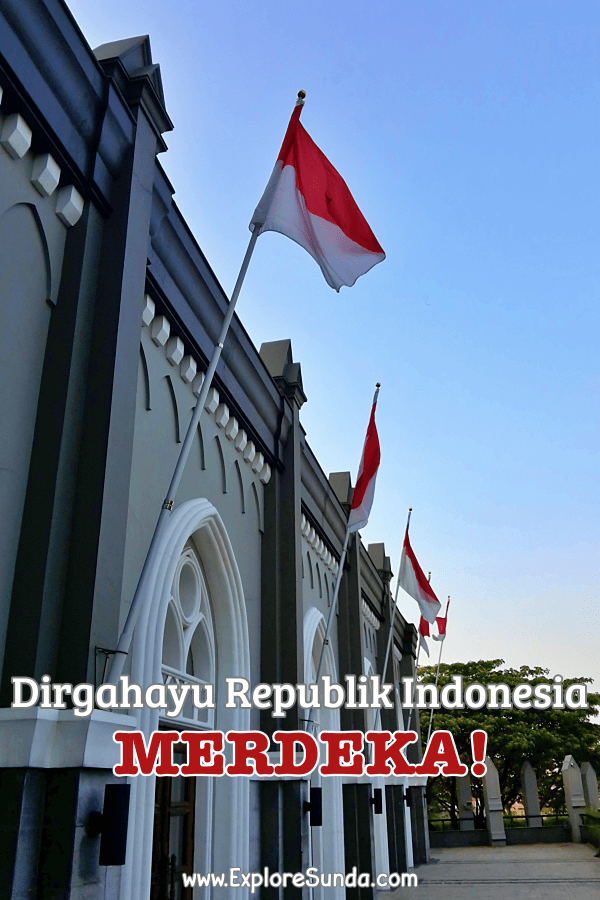 Every Indonesian knows it by heart. In my opinion, it’s the most relevant song for the Indonesia Independence Day in addition to our national anthem: Indonesia Raya.

During the month of August almost all public buildings such as office buildings, schools, hospitals, and shopping malls, even churches are decorated with red and white representing the flag of Indonesia. We will find many street vendors selling the flags, poles, and various red and white decoration on the pedestrian, which help further decorate the streets :) Many shops contribute to the theme by selling only red, white, and the combination of red and white clothes. Hence, there is sea of red and white everywhere.

On August 17, the formal celebration will be flag ceremonies, especially at Istana Merdeka (the presidential palace in Jakarta), every school and government institutions.

It is a national holiday so after the flag ceremony we celebrate the independence day by organizing or participating in the fun competitions. Almost every neighborhood puts together various competitions. The competitions are unique and fun. Usually they are held outdoors. For example: balap karung (jumping in a sack race), makan kerupuk (eat dangling cracker, the winner is the one who finishes first), pillow fight (the two contestants sit on a log on top of a pond or mud, the loser is the one who falls), balap kelereng (racing to the finish line with a spoon filled with a marble), tug of war, and many more.

However, the most unique competition associated with Indonesia Independence Day is panjat pinang (climbing a trunk of a pinang tree). Pinang is a type of palm tree that does not have any branch or twig, which is served the purpose of this game. Several teams each has their turn to climb an oily tall trunk of a pinang tree to grab the prizes dangling on top of the pole.

Next to our to do list on the independence day is watching the displays of our alutsista (alat utama sistem pertahanan, free translation in english: the main tools of the defense system). Almost every year Living World Mall together with the Indonesia Army exhibit some of them on their front yard. We are allowed to touch, take pictures, climb them, even take a ride on one of those vehicles. 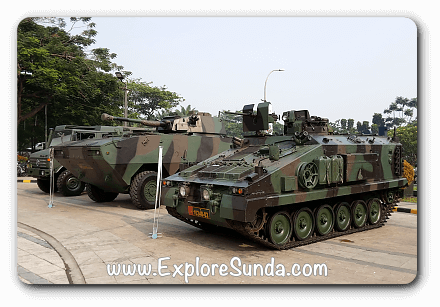 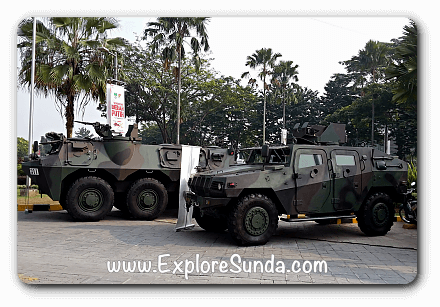