Komodo Museum in Taman Mini Indonesia Indah is a one-of-a-kind museum since it highlights the endemic reptiles and amphibians in Indonesia.

One of the endemic reptiles from Indonesia is the Komodo. Today, this magnificent reptile is an endangered species. They live in four islands that are parts of the Komodo National Park. Yes, they can swim to travel between these four islands!

The first written report of Komodo:

In 1910, P.A. Ouwens, the curator of Zoology Museum Bogor, received the first report on the sightings of Komodo. It mentioned a new species of Varanus (commonly known as monitor lizard) in the Lesser Sunda Islands. The locals called it "Buaya Darat" (Land Crocodile in English). Today we know it as the Komodo. 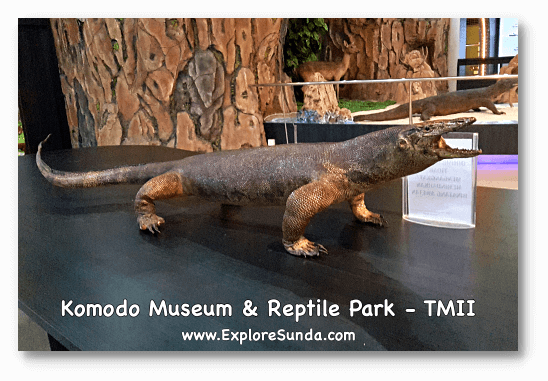 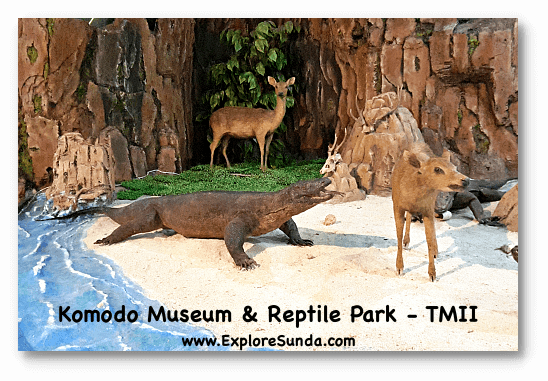 You will easily spot the Komodo Museum due to its shape. It looks like a giant komodo.

As soon as you enter the museum, white shelves protected with glass dominated the walls. Most of the preserved exhibits are on these shelves. I was surprised to know there are so many kinds of tortoises, turtles, frogs, monitors, geckos, and snakes indigenous of Indonesia.

Turtles have existed since the Jura period (145-208 million years ago). It means they were as ancient as the dinosaurs!

Although many of the displays are on the shelves, there are some dioramas. The dioramas are for the frogs that look so small, but they are cute, and some have a beautiful skin color. 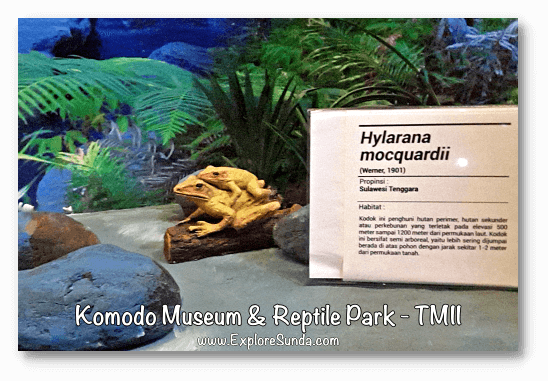 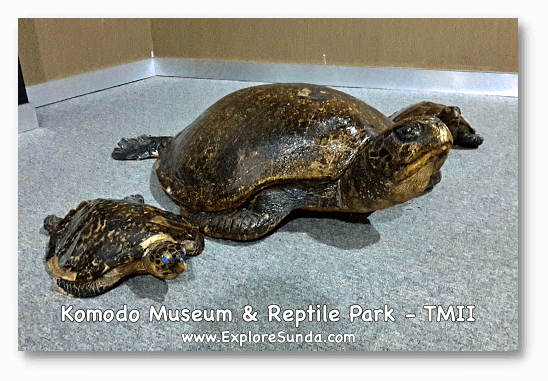 The Komodo Museum rises in the middle of Reptile Park. The ticket you buy is valid to enter both the museum and the reptile park. Of course, the highlight of the reptile park is the Komodo. Unfortunately, I couldn't meet them because they were visiting their vet. Nevertheless, there are other reptiles, such as tortoises, monitor lizards, and snakes. Every snake and lizard live in their cages that line up at the back of the reptile park.

In the corner of the reptile park, there is an enclosed garden. It is called "Taman Sentuh" (Touch Garden in English), where you can touch and take pictures with a tortoise, crocodile, iguana, or snake.

No worries! Save it on Pinterest for later reading. 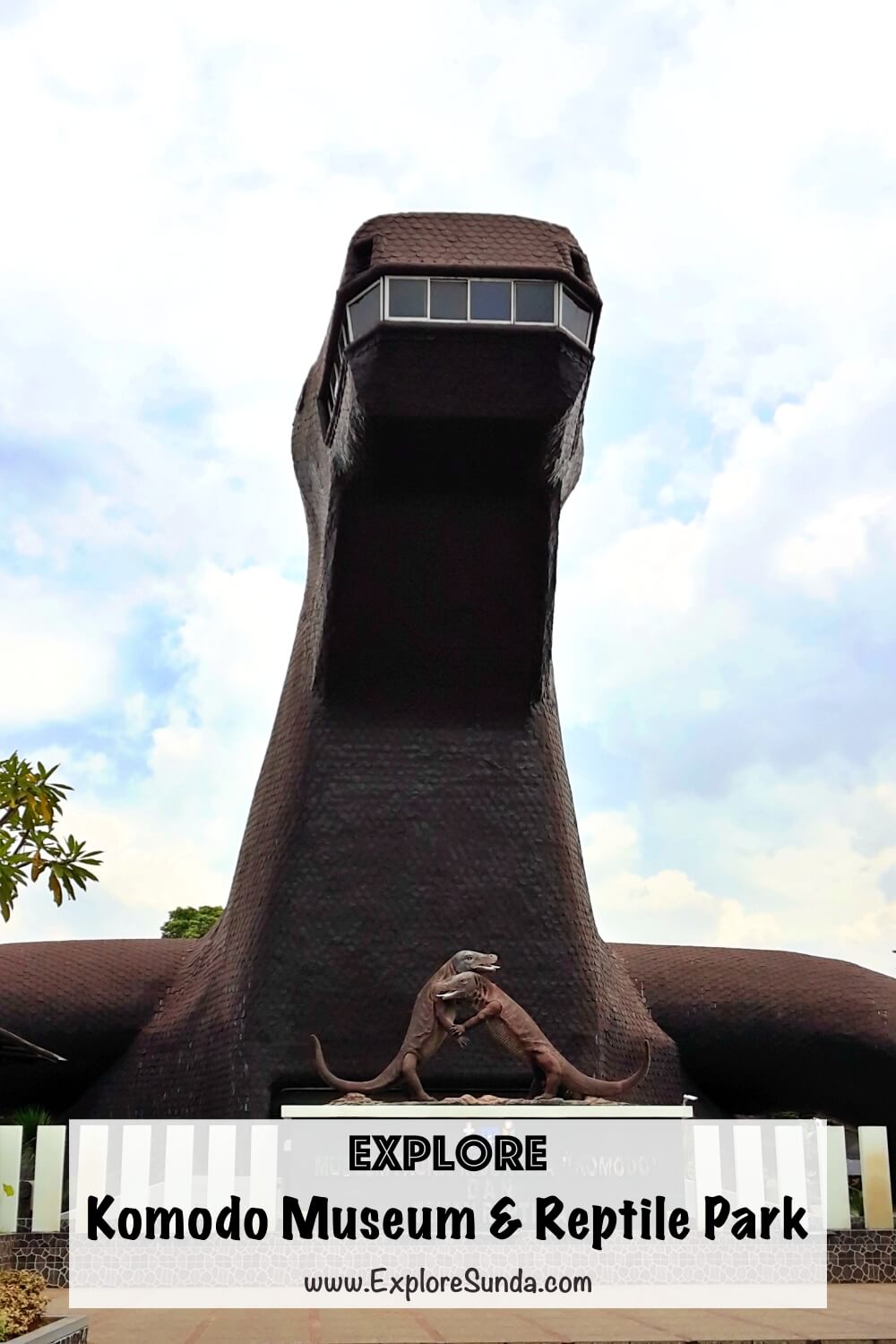 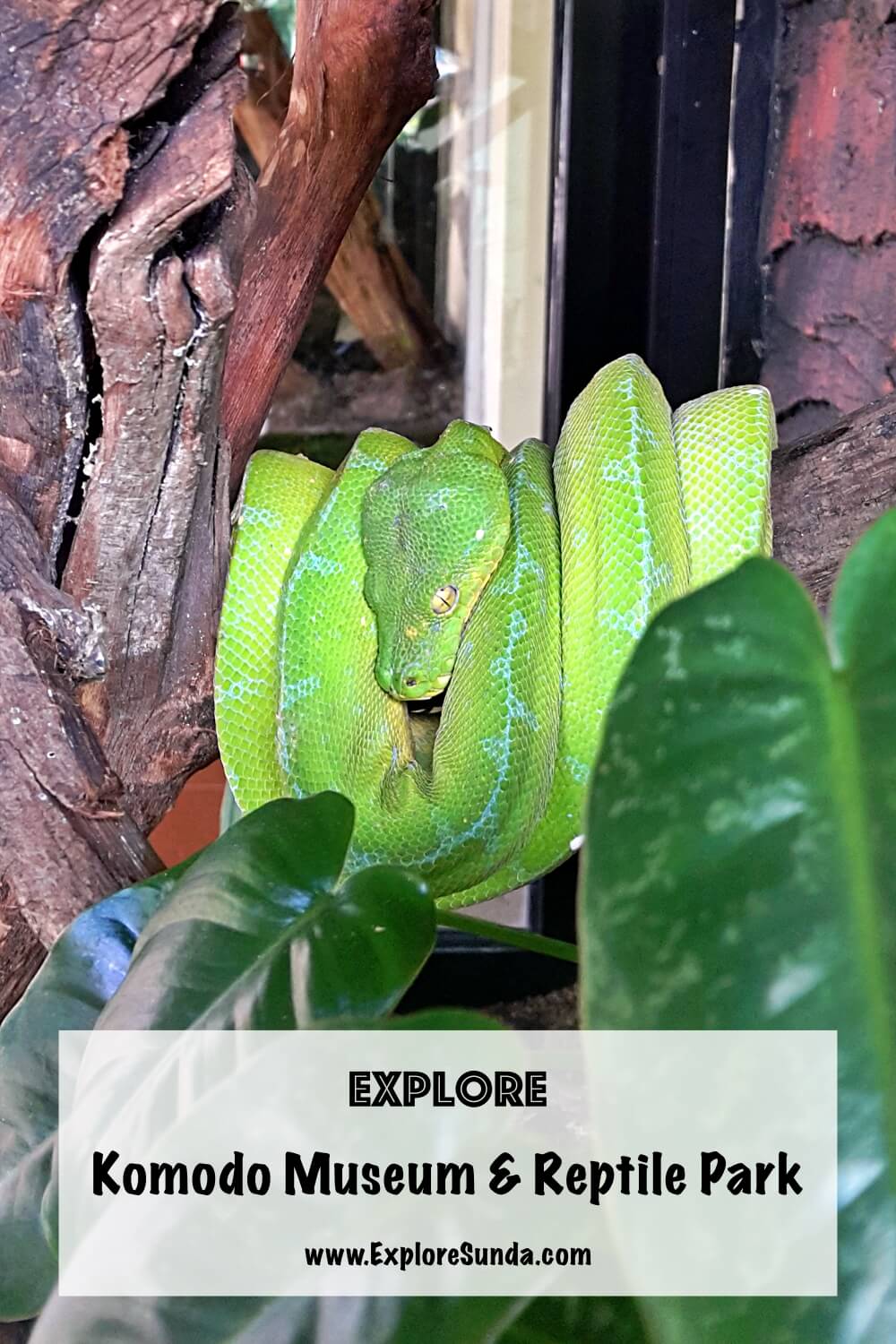