Jakarta Aquarium
Meet The Sea Creatures in a Mall 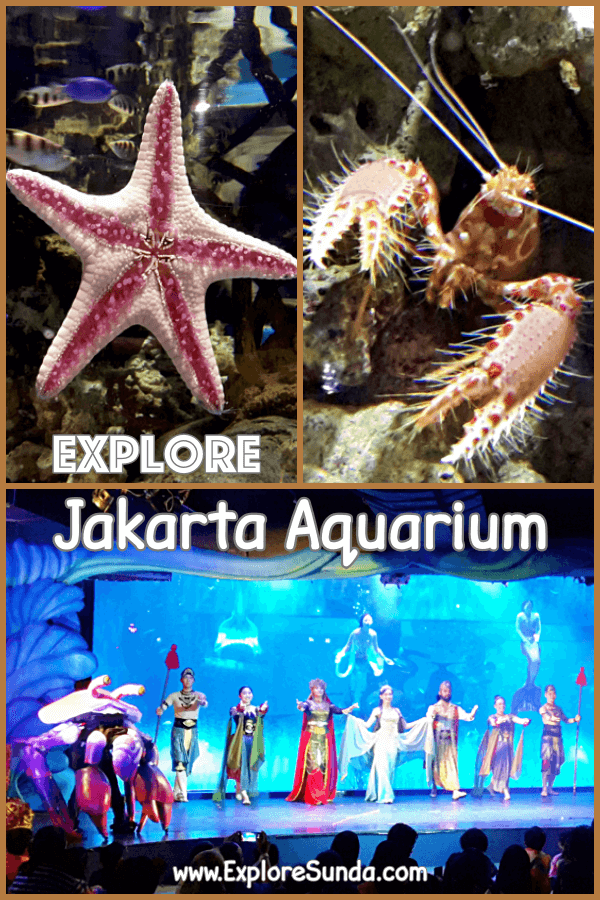 At Jakarta Aquarium, you will meet many sea creatures, even touch some of them, watch a live performance of The Pearl of South Sea, and experience a deep sea research in a submarine! The best part is: it is easily reached at Neo Soho Mall, Jakarta. 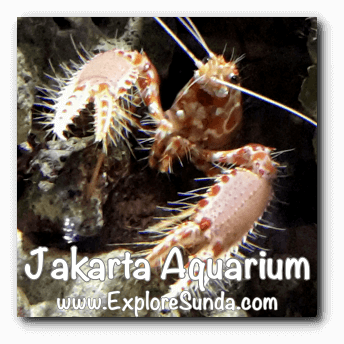 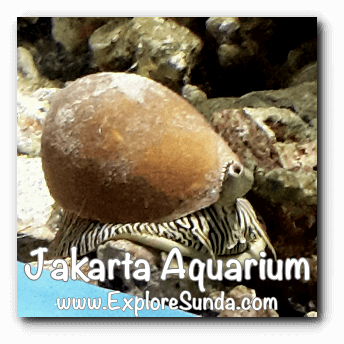 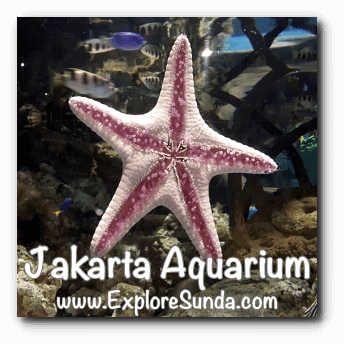 Jakarta Aquarium is located in the LG and LGM floor of Neo Soho Mall, West Jakarta. The ticket booth is located at LG, while the parking lot is on top of 4M floor.

First, there are two types of tickets available. Both are an all day admission. The differences are:

The first display you will encounter after scanning the bar coded ticket on your wrists is a corridor filled with huge aquariums. Look carefully though, some of them are just a short video on large screens ;-)

From a common looking sea aquariums with lots of beautiful anemone and coral reefs, where Nemo the clown fish and Dory swim happily, you will be guided to the more rare and exotic sea creatures.

However, not all of the collection in Jakarta Aquarium are sea creatures. Twenty percent are animals live in the beach, mud, and mangrove, such as crab, porcupine, lizard, salamander, turtle and snakes. Even from the remaining 80%, a small portion are fresh water fish, such as Piranha. 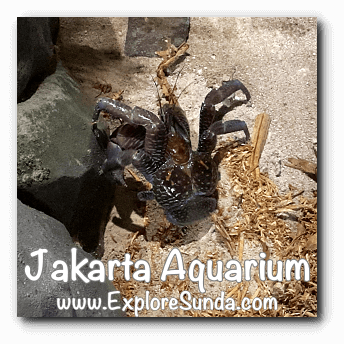 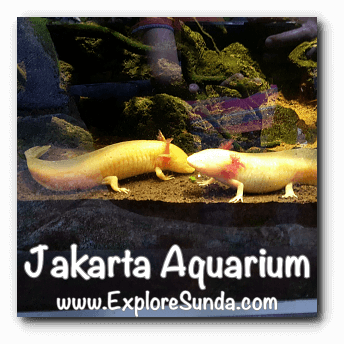 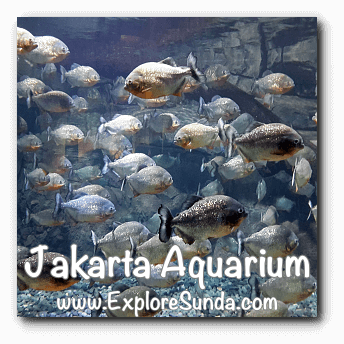 One of the exotic collections in Jakarta Aquarium is the coconut crab. It is an exquisite menu in luxurious seafood restaurants. No wonder coconut crabs become an endangered species. Although they are only separated with short glass wall, please make sure you don't touch them, since they have a very strong claw that can cut your finger easily!

Then there is an Otter Tunnel under the otter habitat. Children can crawl inside, stand in the center of the tunnel and look inside the habitat from an observation window then crawl again to exit at the other side.
The feeding time for these otters are 10.15-10.30 and 15.30-15.45

Another fun activity in Jakarta Aquarium is the Touch Pool, where you are allowed to touch the sea creatures there. It is a great experience to know the texture of each creature. The rough texture of the bamboo shark's skin, smoother skin of the baby shark's skin, as well as crab, starfish and stingray. Their skins are not as soft as they look like :)

Once we thought we touched a stingray, but it turned out to be a crab! It is called Horseshoe crab in English or called Mimi for the male and mintuna for the female in bahasa Indonesia. 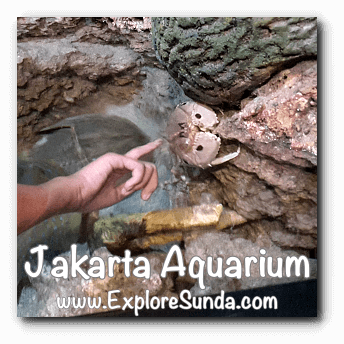 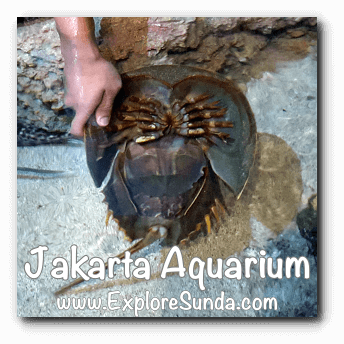 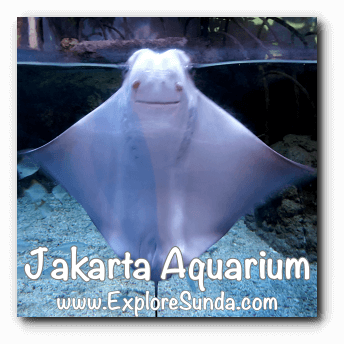 Have you seen a stingray named Rhinoptera javanica (Pari Burung Hidung Sapi in bahasa Indonesia or Javanese cownose ray a.k.a flapnose in English)? Unlike other fish, they swim vertically, make them looks like standing up :) 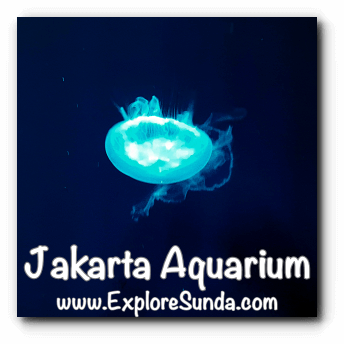 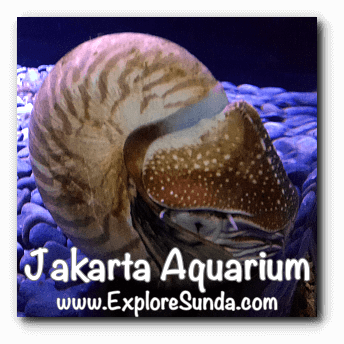 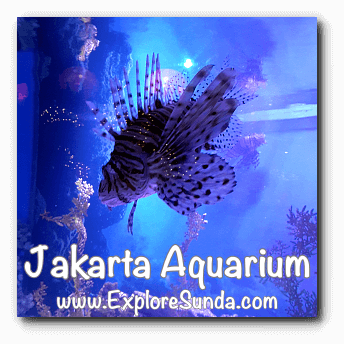 The main tank, i.e. the largest aquarium, is located one floor below. However, there is a glass floor on top of the main tank, where you can see the fish swim under you!

The main tank contains  various fish, mostly the big ones. For example, sharks, sting rays and grouper. One grouper weighs 250 kilograms, while the other one weighs 200 kilograms and the nurse shark's size is 3 meters long! 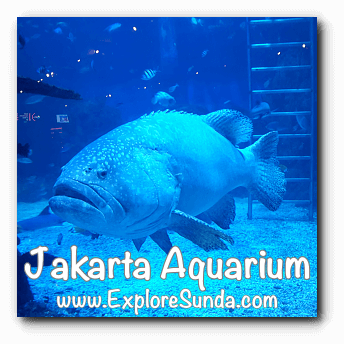 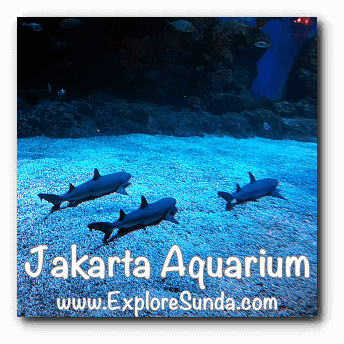 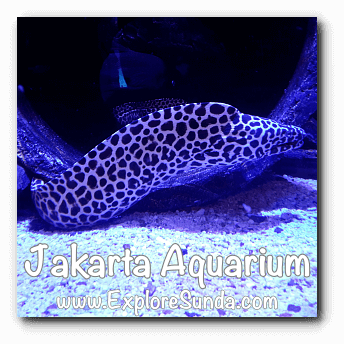 For a licensed diver, you may try diving with sharks. Don't forget to bring your diving suit and shoes and reserve in advance. Alternatively, you still can be with the sharks wearing seatrek helmet. Each of these activities takes 20 minutes.

As you can imagine, most of the visitors prefer to observe the fish from the other side of the glass wall. One fun attraction in the main tank is when the aquarist (the staff who takes care of the sea creatures) dives into the main tank and feed the fish.
The feeding time in the main tank are: 11.45-12.00 and 16.15-16.30. 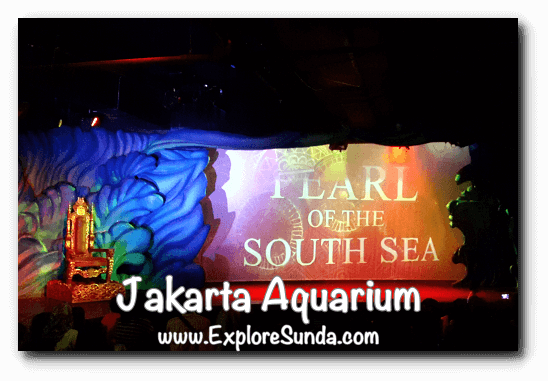 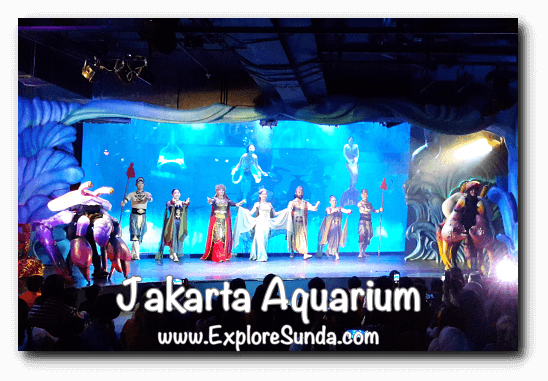 The main tank is also used as a stage for the live performance of the Pearl of the South Sea. It is a story of a beautiful princess who is cursed by her wicked step mother. Once beautiful, she became ugly, hence, she found solace by living in the sea and turning into a beautiful mermaid. She then helped her father to defeat the wicked queen who wanted to overrule the kingdom. It is a simple story, but it is amazing how the swimmer acts like a mermaid and swim without oxygen.

While you are at the main tank, check out your photos during your visit here. The price is expensive, but you also get the soft copy of the photos.

Another fun experience in Jakarta Aquarium that you'd better not skip is the 5D theater. The theater starts with an introduction to everyone who joins a research submarine. The floor is moving, duplicating the motion of an elevator. Then, you will enter another small room surrounded by screens, representing the inside of the submarine with its windows. Sometimes the floor is moving suddenly, hence, you'd better hold on to the railing :) It is a fun adventure, where you will meet a lot of sea creatures, either cute or dangerous.

The exit of the 5D theater goes right into the souvenir shop called Ocean Wonders. However, for the premium ticket holder, you just need to step out of the shop and use the escalator to go back to the entrance gate. Otherwise, you might enjoy shopping here. As the theme continues, most of the merchandises here are related to the sea creatures, such as Nemo the clown fish and penguins.

Speaking of penguins, Pingoo restaurant is right next to this souvenir shop. 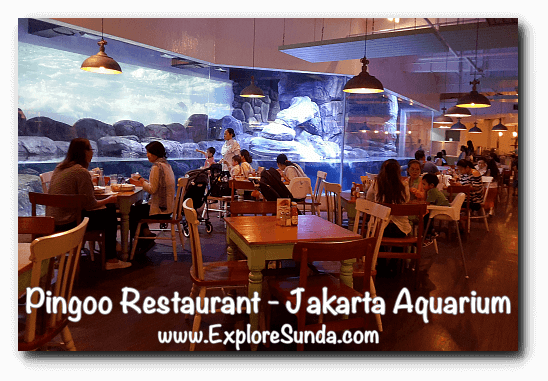 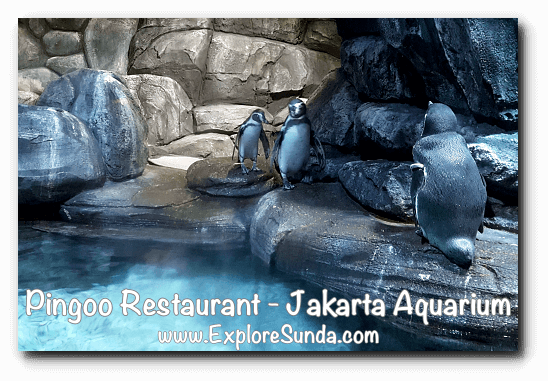 Pingoo is an expensive restaurant, with a minimum purchase. The perk is there is a big habitat of Humboldt penguin on one side of this restaurant. Hence, you can observe the penguins while you dine.

As the restaurant guests, you are also allowed to feed the penguin. You enter the habitat at the side of the restaurant and you will get one small fish to feed the penguin. The staff will take pictures on you. You can buy the picture for Rp. 150,000. Alternatively, you can take pictures from the other side of the glass wall, although it is not the best angle.

Should you want to dine in Pingoo, we, at the ExploreSunda.com recommend you to come early for early lunch, thus, you can get tables right in front of the penguin habitat and feed hungry penguins. When there are too many visitors feeding them, the penguins will not be enthusiastic anymore. Alternatively, dine here at the odd hours when the restaurant is not full.
Pingoo Restaurant opens from 10am-10pm.

The Jakarta Aquarium is a collaborative work of Taman Safari Indonesia (TSI) and Aquaria Sdn. Bhd. TSI has the largest collection of wild animals in Indonesia with a successful conservation division. TSI are spread in several locations in Java and Bali, such as the one in Cisarua Puncak and Batang, Central Java.

Check out other places where you can see wild animals :)