Batang Dolphin Centre is one of many units of Taman Safari Indonesia. It is located in Sigandu beach, Batang, Central Java. 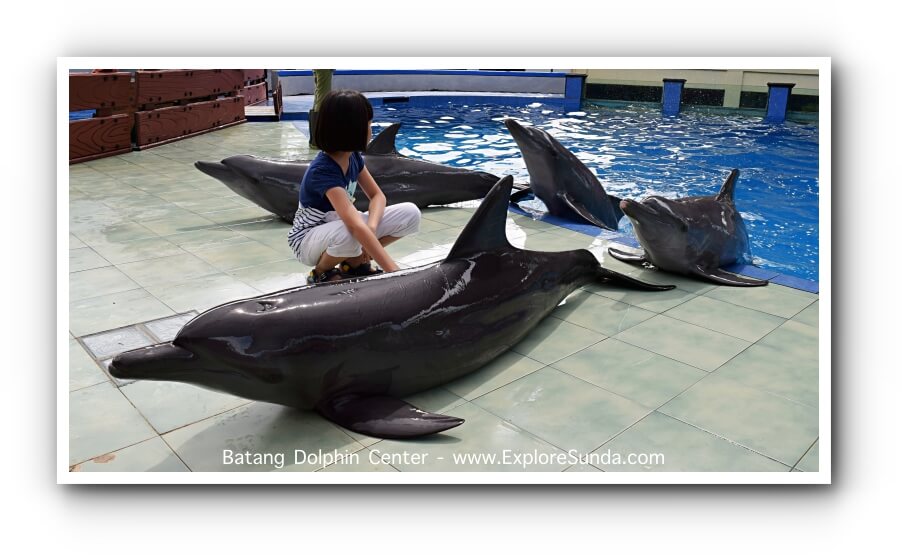 Four of the dolphins are already well trained and perform routinely. The remaining 5 are still under training. They all live in two pools. The big one is for the trained dolphins. It looks like an aquarium with giant glass where you can watch them play under the water. Once you go upstairs, you can watch them jump and slide on to the platform.

Supposedly, there are dolphins show during weekends. However, since it is a very low season, there were less than 10 visitors when we, from the ExploreSunda.com, visited. Hence, all shows are off. We could still take pictures with them though. Plus, it is fun to watch the dolphins play and interact with the staffs. I don’t think they intend to rehearse their performance, but they keep doing things they do during performance, such as jumping all around the pools, two dolphins swim together side by side, and they repeatedly jump from the pool and slide on the platform. During lunch time three dolphins keep singing to the staff who paint the pool’s wall, asking for their lunch perhaps? 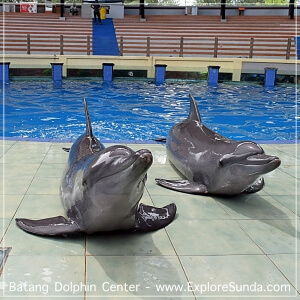 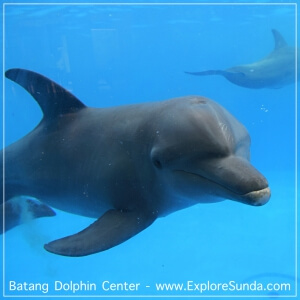 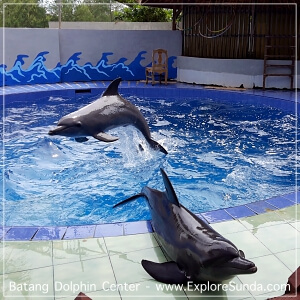 Since it belongs to Taman Safari Indonesia, there are other animals in Batang Dolphins Centre. In front of the dolphin pools, there is a touching pool where visitors can touch the turtles. However, we only see them from a distance since the pool is dirty.

Next is a short tunnel containing several aquariums. On the left side contains various snakes, while on the right side there are two big aquariums for fish as well as other sea creatures such as crabs. That’s the first time I saw a couple of albino catfish (patin albino). 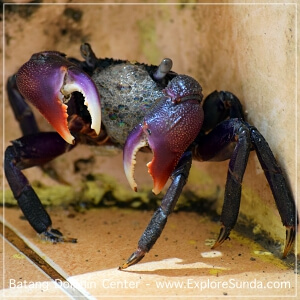 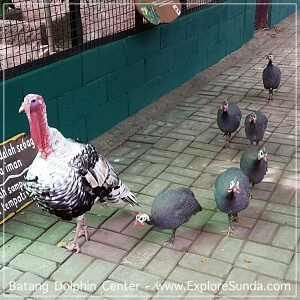 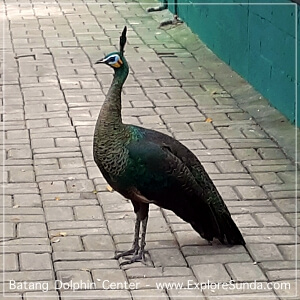 Next thing to do in Batang Dolphin Centre is to explore the Mini Safari, which is located besides the dolphin pools. Although they called it Mini Safari, I think it is more like a mini zoo, where the animals are all inside their respective cages. On one side there are cages of orang utan and leopard. The front area is covered with a glass wall so the animals are safe inside. Unfortunately, the glasses are dirty. There are two young orang utans there. Once they saw us they walk to the glass wall, press their bodies and face to the glass and look at us with a very sad face. Hence, I could only watch them for few seconds.

The Mini Safari also has a bird dome where some species of birds can fly freely inside. Unfortunately, it was closed when we visited. But, we met a turkey, several chickens and peacocks walking leisurely outside the bird dome. The peacocks are quite territorial, they are ready to attack us when we cross their path!

Should you walk further, you will see hippopotamus and crocodiles. There will be camel and elephant rides during high season. Similar to other Taman Safari Indonesia, Batang Dolphin Centre also has a fun zone, where children can take a ride on mini train, flying elephants, etc. 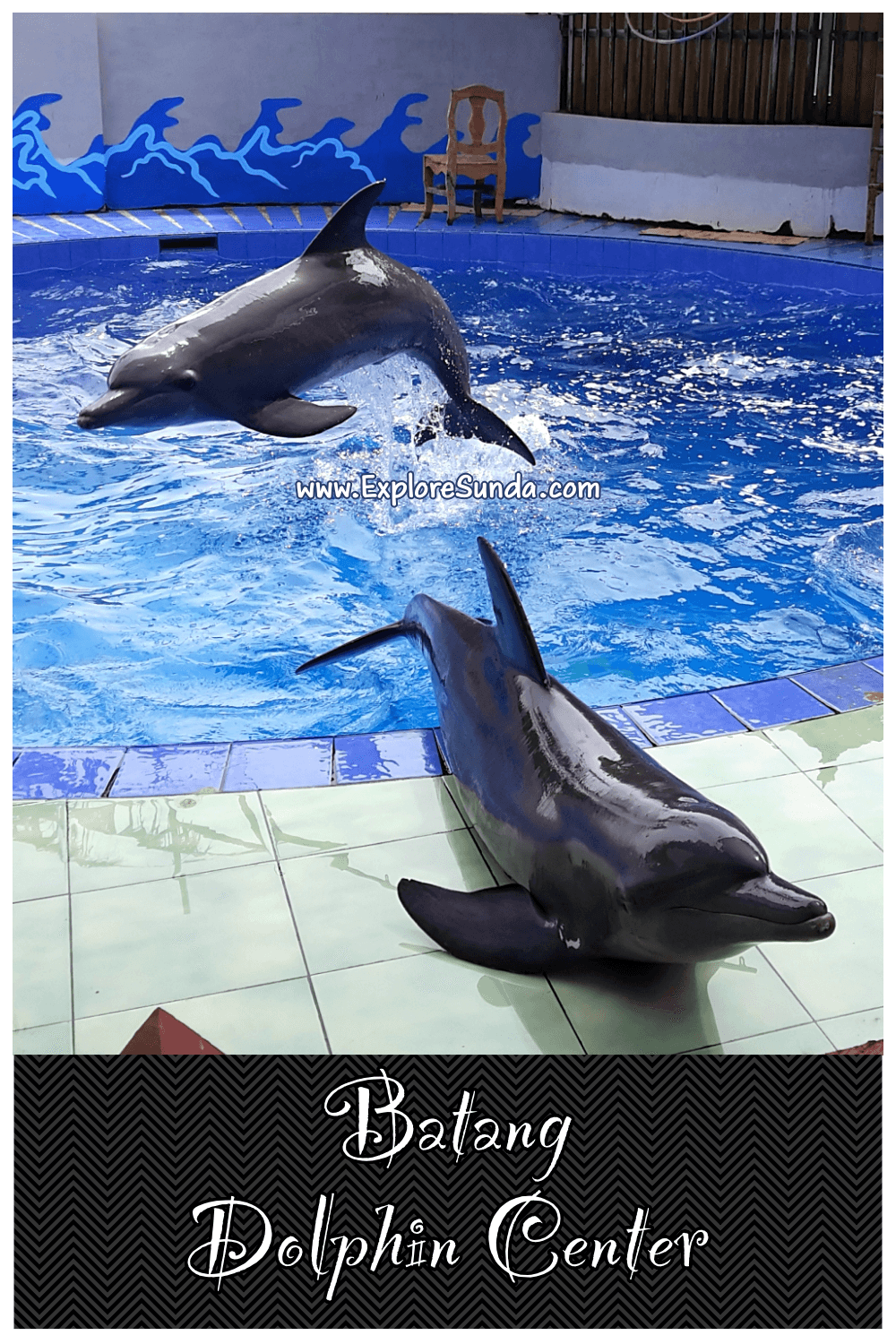 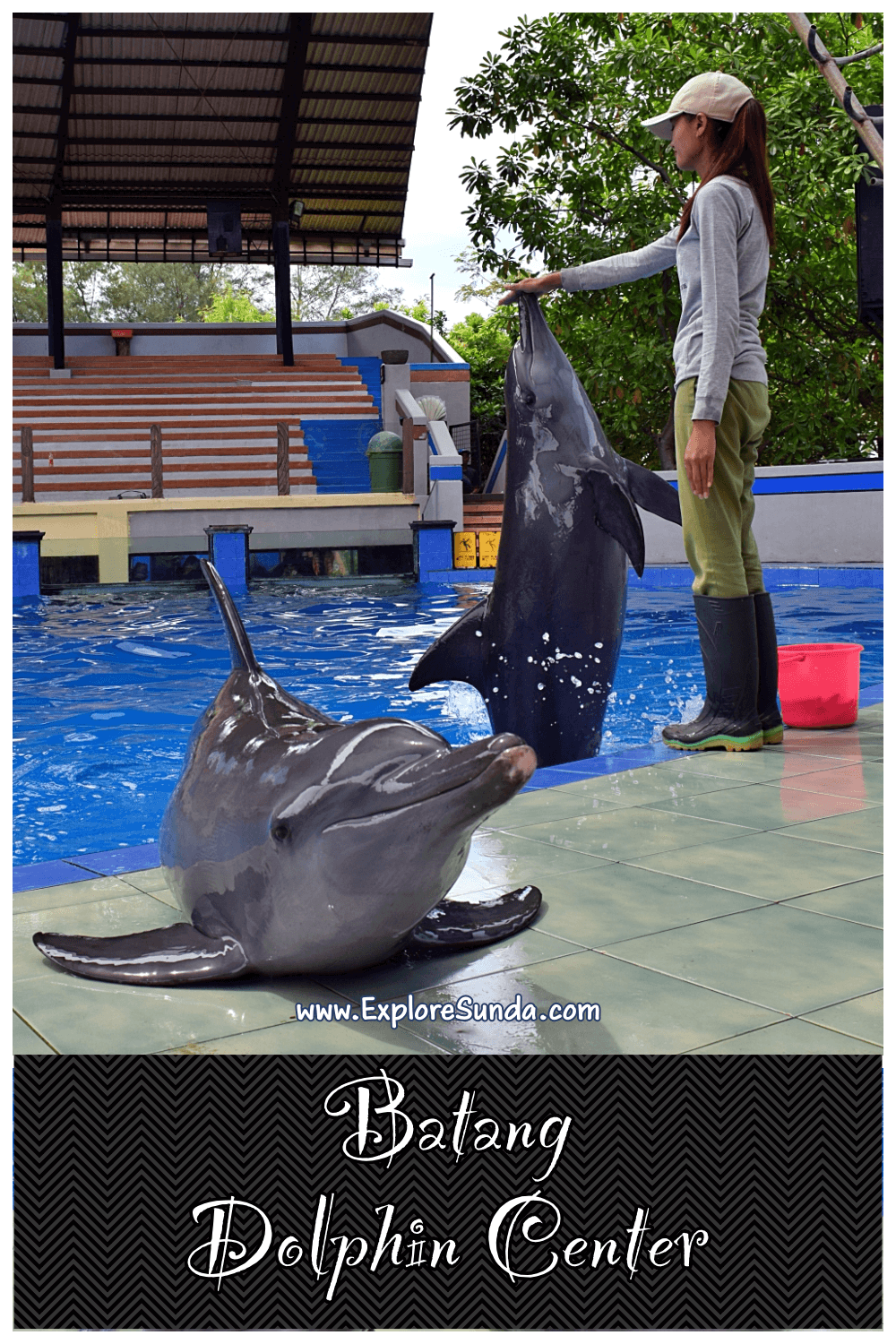 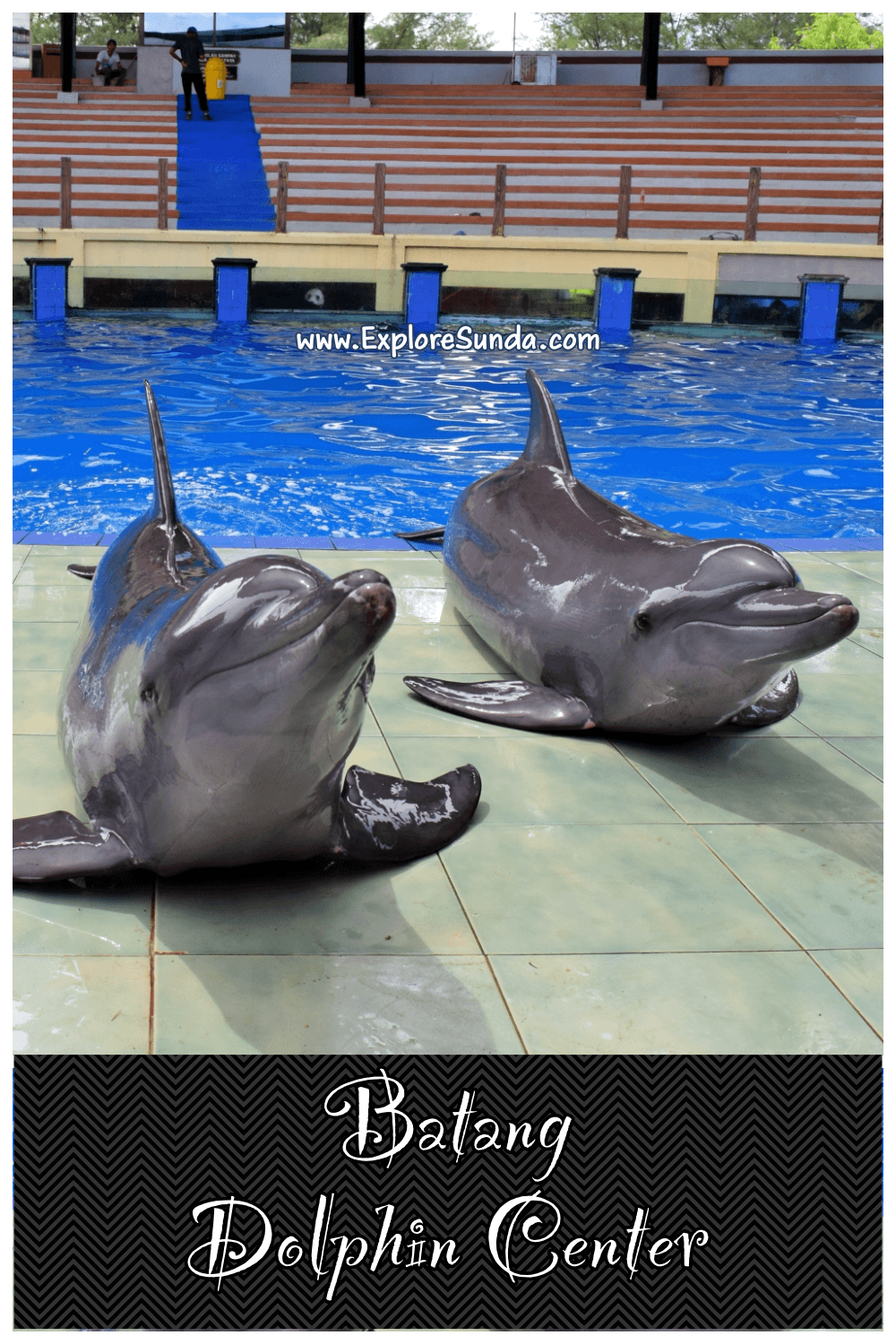 Should you interested in wildlife, we recommend to visit these pages in ExploreSunda.com: