Candi Borobudur
The Largest Buddhist Temple in The World 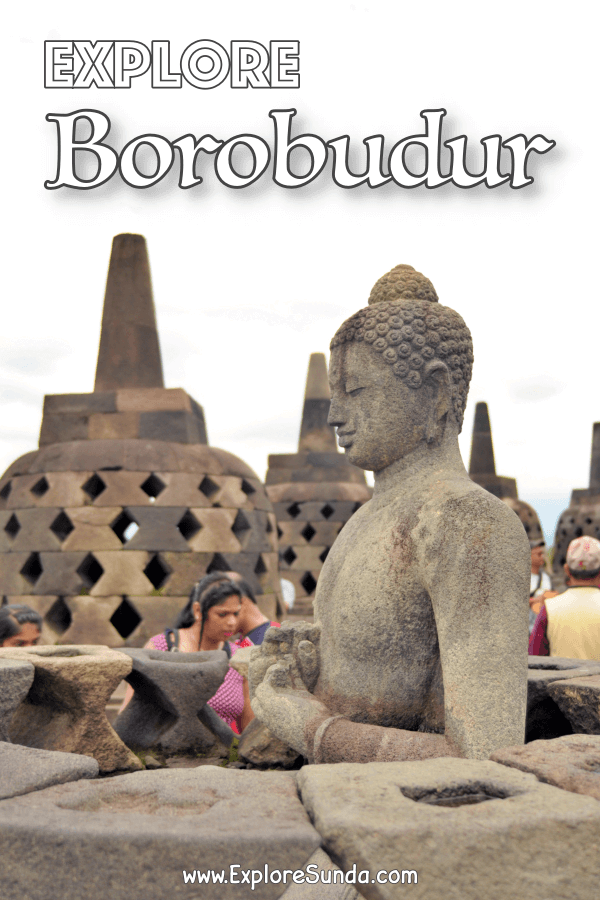 Candi Borobudur in Central Java is the world’s largest Buddhist archaeological site, as recorded by the Guinness Book of World Records. In 1991, UNESCO include Candi Borobudur in its list of World Heritage Site. Borobudur temple is also one of the Seven Wonders of The World.

Candi is a term in Bahasa Indonesia that refers to a place of worship for Buddhists and Hindus. Usually, Candi is an ancient structure made of stones. Some are only seen as archaeological sites, but others are still used as places of worship. Thus, Candi is translated as a temple in English.

What is Candi Borobudur?

Candi Borobudur is a Buddhist shrine. It was built during Sailendra dynasty (circa 9th century). It was fully made of stones. The majority of its stone walls are decorated with relief (a wall-mounted sculpture). According to archaeologists, Candi Borobudur was built in the shape of mandala and in the middle of an ancient lake. From an aerial view it looked like a stone lotus in the middle of a pond. 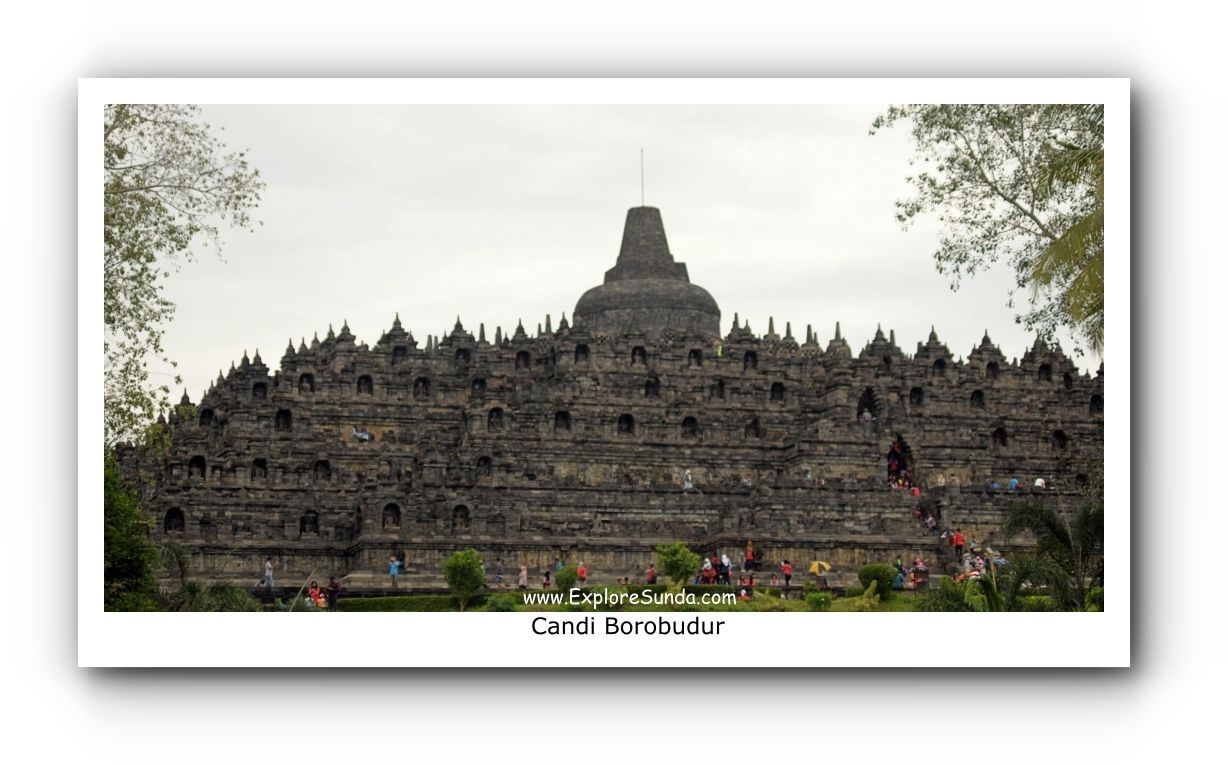 Many more Buddha statues decorated Borobudur temple, there are 504 Buddha statues in total. Some intact, but many statues are missing some body parts, thus many of them are headless or armless.

Every year there is a big procession during Vesak Day (the day to commemorate the birth, enlightenment, and the death of Buddha Gautama). The procession starts from Candi Mendut, then they all walk to Candi Borobudur. 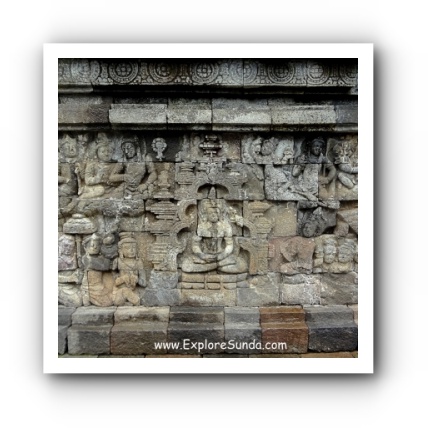 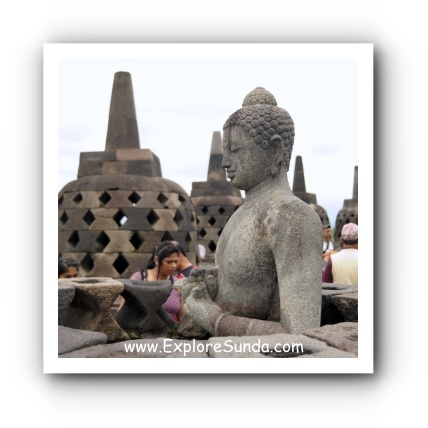 A Trip to Candi Borobudur

Borobudur temple is located in Muntilan, Magelang, Central Java. It is near Yogyakarta and Solo (Surakarta), two cities that rich in Javanese culture. That's why most visitors prefer to  take a one day trip to Borobudur either from Yogyakarta or Solo.

Candi Borobudur has a vast garden surrounding it. The garden makes the temple more picturesque. Vehicles must be parked far away from the temple because too many vehicles create too much vibrations that will damage the temple. 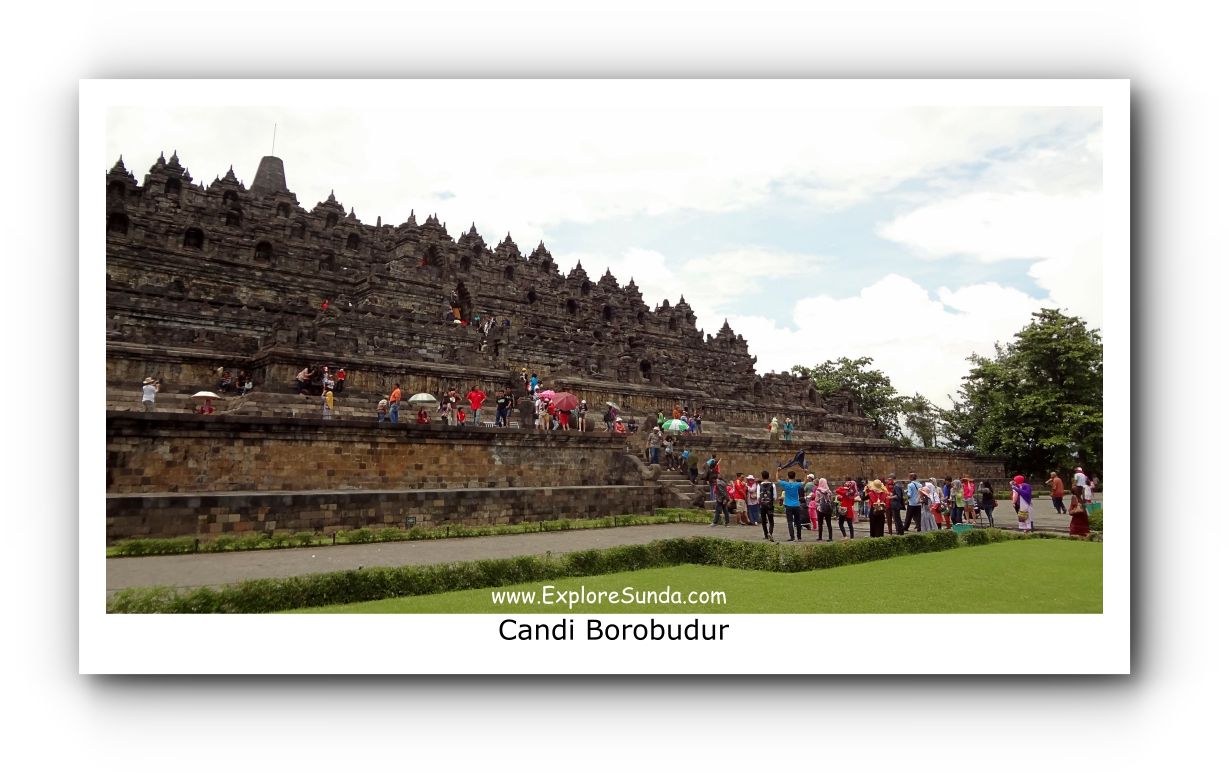 If you don’t want to walk through the park, you can buy a ticket and ride an open vehicles that will take you from the entrance gate to the backside of Borobudur. From there, you only need to take a short walk (less than 50 meters) to the bottom of the temple.

Reaching the bottom of Candi Borobudur, either you circle it first to admire the relief sculpture at that level or take the stairs to the next level. There is one set of stairs on each side of the temple. If you have sufficient time, you might want to stop at each level and walk around it. You will be surrounded by stone walls covered with relief sculpture depicting the life of Buddha. The top level doesn’t have relief sculpture, it only has many stupas, each filled with a Buddha statue. 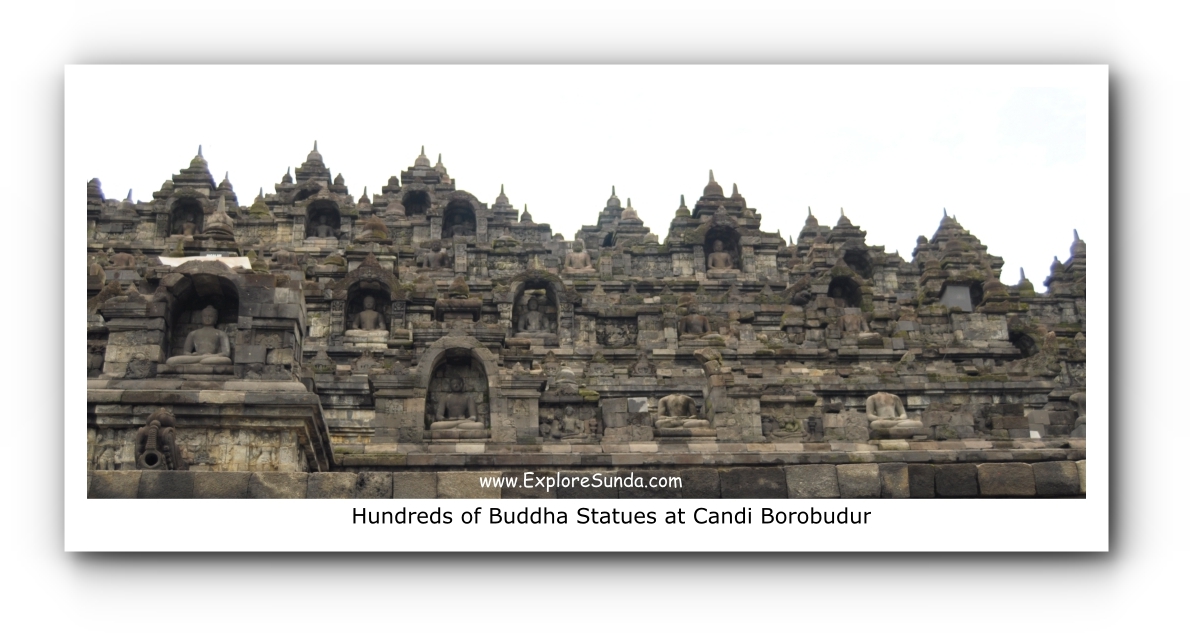 Please be cautious when you take the stairs. The stone stairs are steep, they are slippery during rainy season, all of them are two ways, so people who climb up most likely will collide with people going down. In short, since so many visitors climb Borobudur temple daily, they are not in good shapes. Last time we visited Borobudur in December 2014, there was a project to cover one of the stone stairs with wooden planks to preserve the stone stairs. It is less slippery and less dangerous than stone stairs, but I think the wood will not last long, hence, it must be restored regularly. 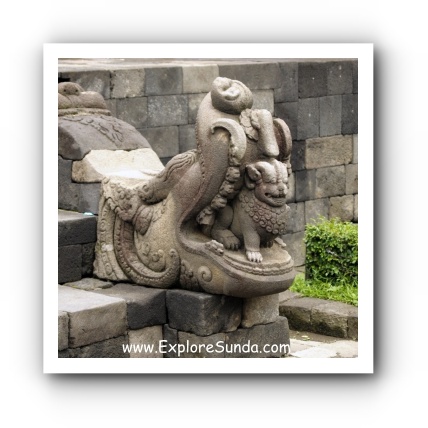 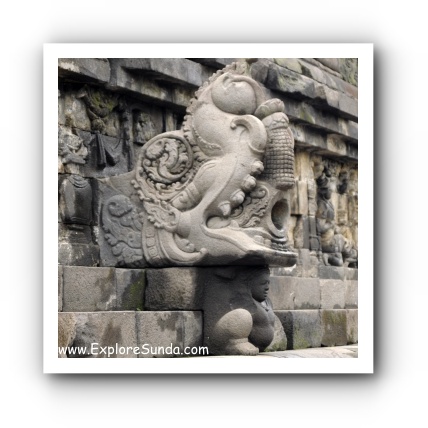 Since the open vehicle only goes one way from the entrance gate to the temple, once you are satisfied visiting Borobudur, you should walk through the exit passage, passing through various stalls of souvenirs and local foods. You also can rent an andong (a Javanese traditional horse cart) near the open vehicle station. It will take you through the villages surrounding Borobudur temple to reach the parking lot. 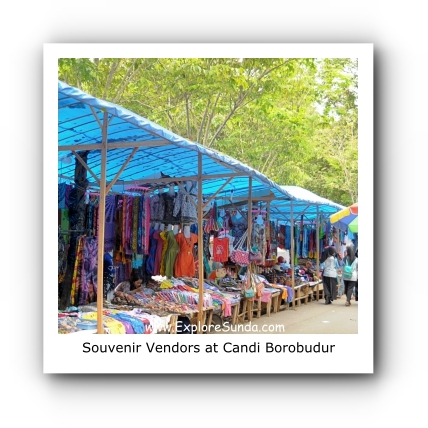 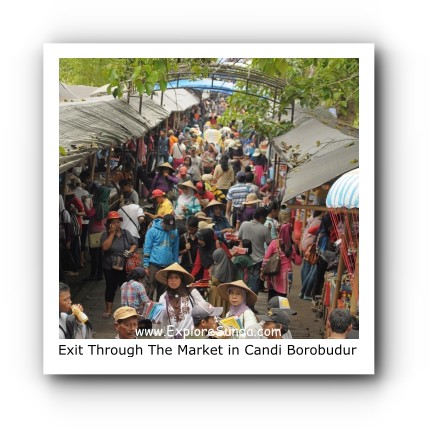 Two words that describes our visit to Candi Borobudur are gorgeous and amazing!

Since you will walk in the outdoor a lot, it’s better to come early in the morning to avoid the heat.

Although Borobudur temple is the most famous among the temples in Indonesia, there are many other interesting temples, both Hindus and Buddhist. Other temples we have covered here in ExploreSunda.com are: