A Dutch Village in
FarmHouse Lembang

FarmHouse Lembang is located between Lembang and Bandung,  thus people also called it Farm House Bandung, although the name in front is actually Farm House Susu Lembang, since we can exchange the ticket with a cup of fresh milk from Lembang. This place is very popular in the last few years. So, let's explore it and find out what's hype here :-) 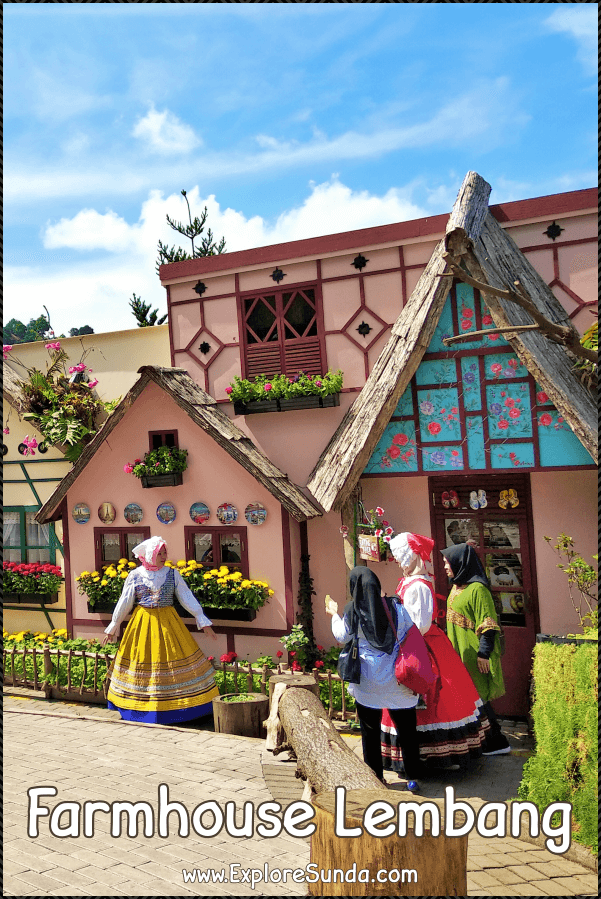 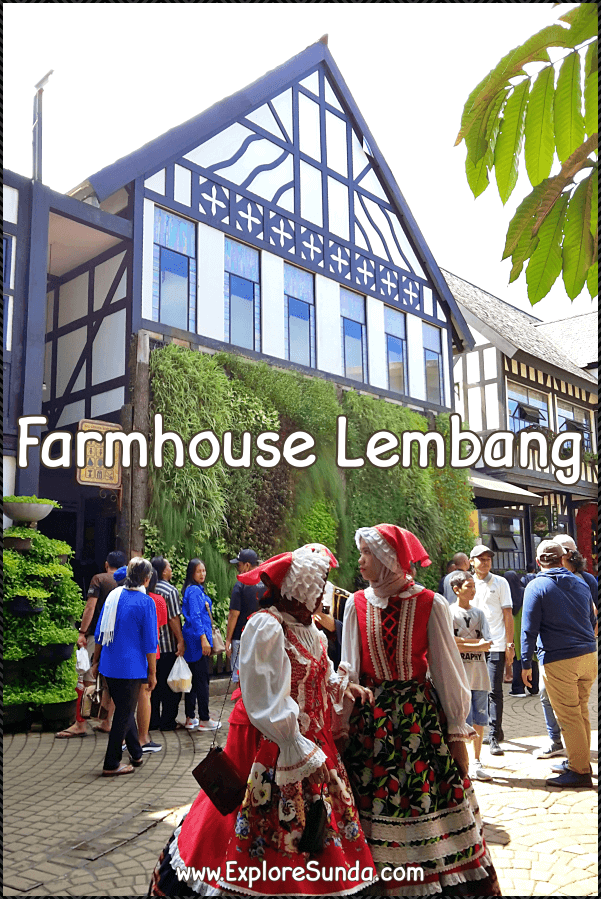 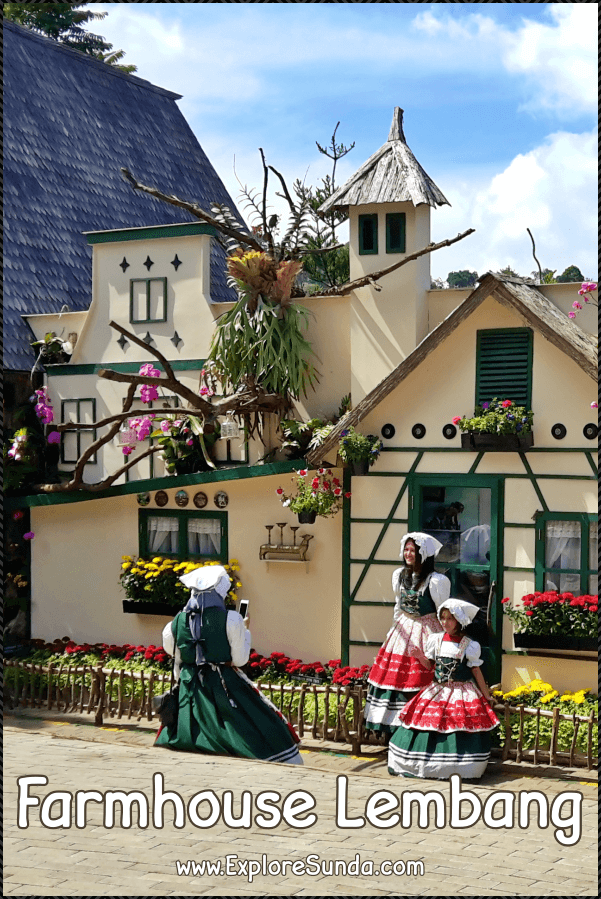 One Day in FarmHouse Lembang

As soon as we have paid the entrance ticket, we can exchange it with a cup of fresh milk or use it to deduct our bill when we dine-in in the restaurant inside. If you opt for the milk, just look up and spot a giant milk container, that's the place to exchange it. You can exchange it before going inside or on your way home. 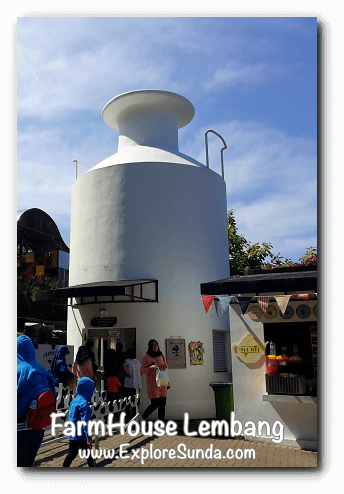 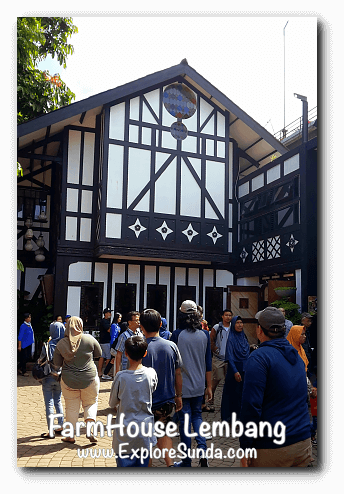 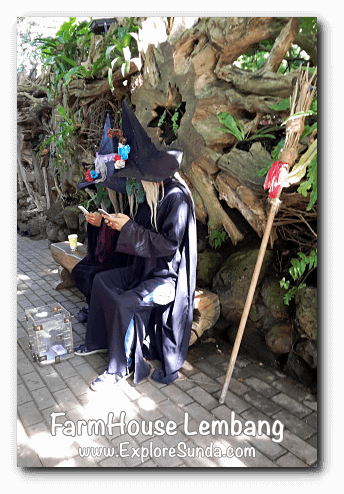 Tickets are sorted out, then we start to explore FarmHouse Lembang. The first spot is the Lock Love. The path is fenced on each side and we can buy a padlock in the souvenir shop there, write our names on it and lock it on the fence. I guess there are millions of padlocks already placed here. At the end of the path we will find a wishing well. The entrance and exit of this area are 'guarded' by witches, with their crooked noses, green faces, black robes, pointed hats and brooms. Of course we can take pictures with them :) 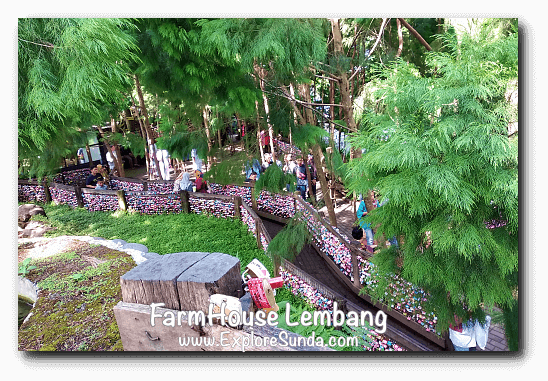 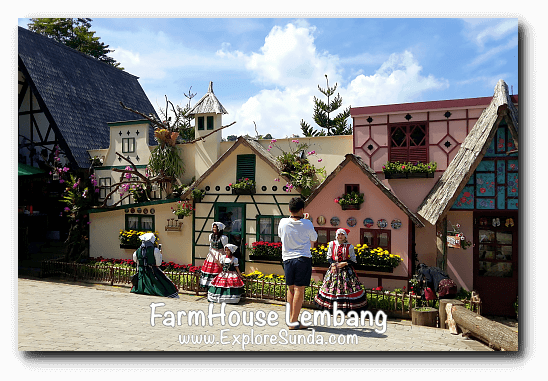 Strolling along the path, watch out and find many spots for selfies and photo groups. For example the front door of a hobbit house, dutch mill, the front of European houses, as well as in the colorful garden. 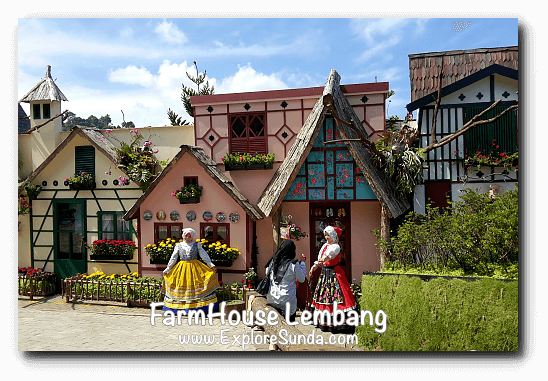 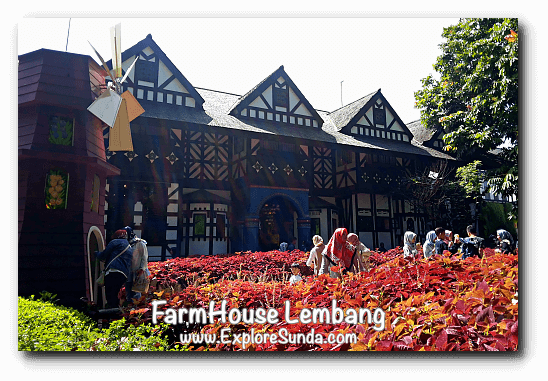 Do you like shopping? There are several shops inside and outside of Farm House. Outside means the area near the parking lot. The big souvenir shop is inside though. It sells various items of clothing and accessories. Some t-shirts, magnets, and keychains are unique to Farm House. Others are the usual items we might find in the factory outlets in Bandung.

In the middle of Farm House is a narrow cobbled street with small shops on either sides. They sell food, souvenirs and trinkets. One merchandise is eye catching: bottles of milk tablet! So, if you don't like to drink milk, you can just pop the tablets :) 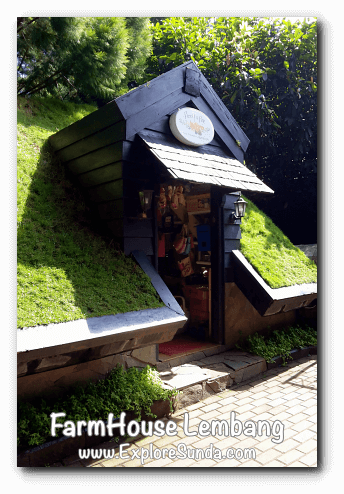 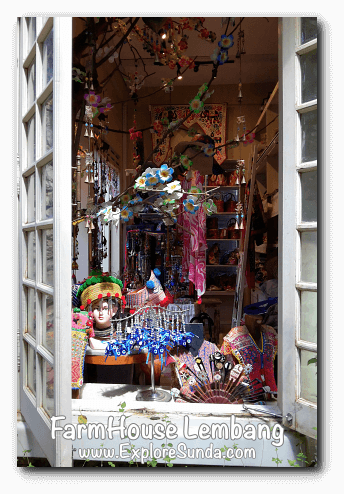 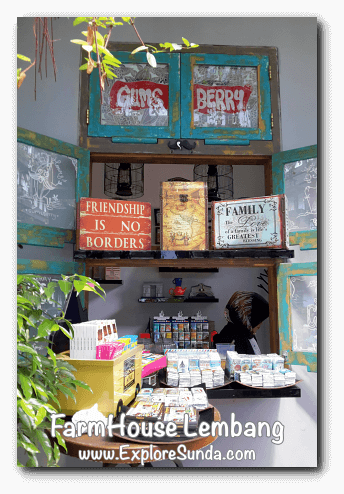 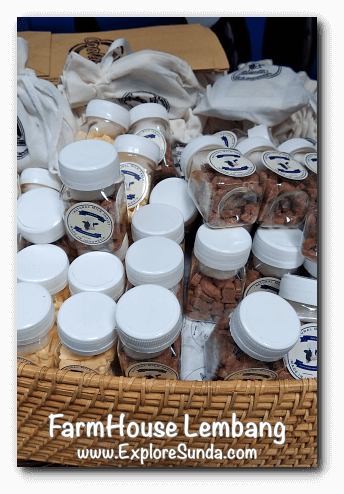 The most favorite shop lies in the middle of the street, on top of a French Crepes snack booth: the rental costume shop! We can rent European costumes here, but come early to avoid long queue. Often the stairs are full with visitors queuing.

Once you have put on the costume, you will have pictures taken on the terrace of the shop.  Then you can walk all over FarmHouse Lembang to get as many pictures as you like. The more people renting the European costumes, the more we feel like strolling in a European village :)  If you want to take a more professional pictures, you can try the photo studios. 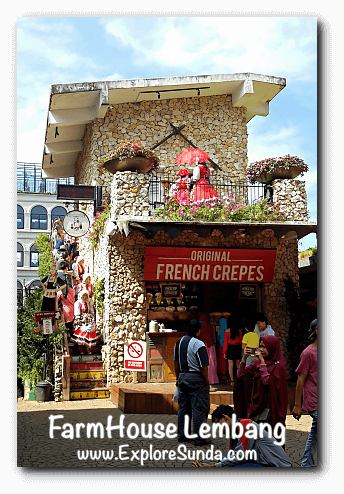 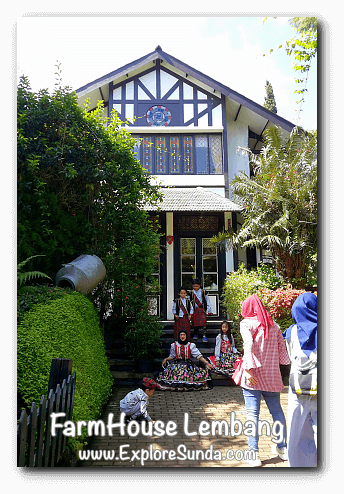 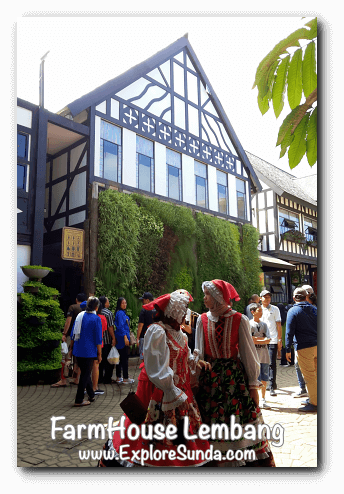 Tired of walking around and take selfies? Let's dine-in in the restaurant. If you don't really like European menu, there are several snack booths you can try.

Often young children are tired of just walking around and taking photos. Good thing that Farm House provide a playground and petting zoo. The playground is located in one corner and it is more suitable for young children.

Next area is the petting zoo. We can take pictures and pet various animals here, such as rabbits, guinea pigs, iguanas, sugar gliders, calves, mini hedgehogs, sheep and birds. We also can buy carrots to feed rabbits and sheep.

We are allowed to enter the rabbit and sheep pens. While the rabbits are often timid and hide inside their shed, the sheep are more aggressive, some will stand on their hind legs and pounce you ;-) 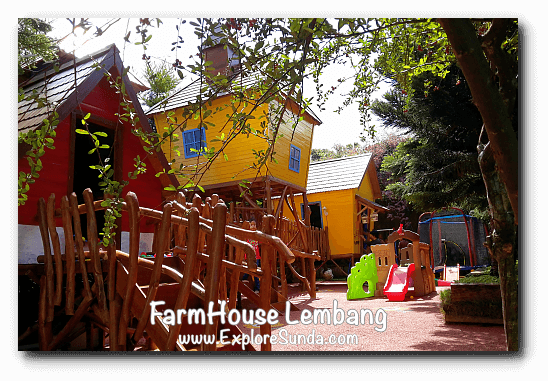 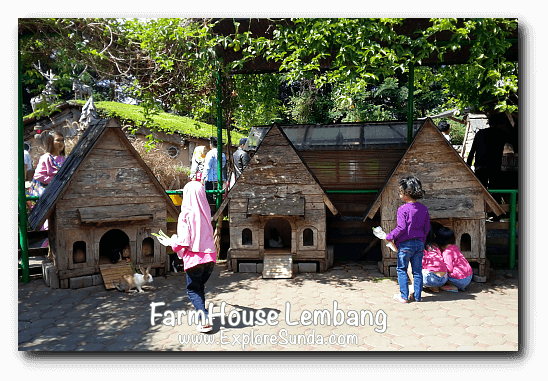 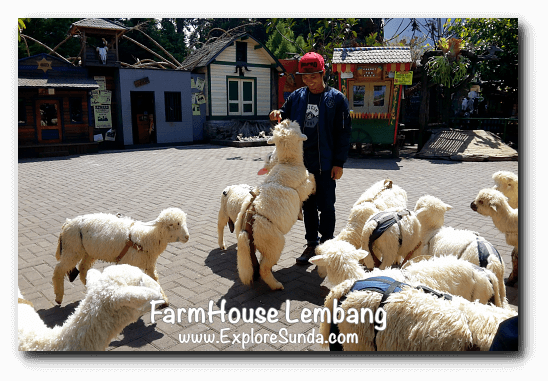 The newest area in FarmHouse Lembang is called The Secret. The entrance is located near the parking lot. As you can guess, it is another area for selfies. Unfortunately, people who rent the European costumes already return their costumes before they reach this area.  Being a new attraction, there is an additional ticket of Rp. 20,000 to enter it.

Since there are so many people visiting Farm House, often they cause traffic jam on this street. The parking lot inside Farm House is usually fill up since early morning, hence, don't expect too much on getting a vacant parking spot there. Fortunately, Farm House provide a new and bigger parking lot across the street.

The combination of Lembang's cool weather and beautiful landscape of Farm House make people love to hang out there. However, Lembang has many more attractive places, the nearest one to Farm House is the one and only observatory in Indonesia: Bosscha. Check out this list of attractive places in Lembang:

Ready to explore other places in the land of Sunda? Here are some places you should check - at first they look so random, but they have one thing in common: they are all gorgeous places in Sunda :)