Candi Prambanan
The Most Famous Hindu Temple in Indonesia 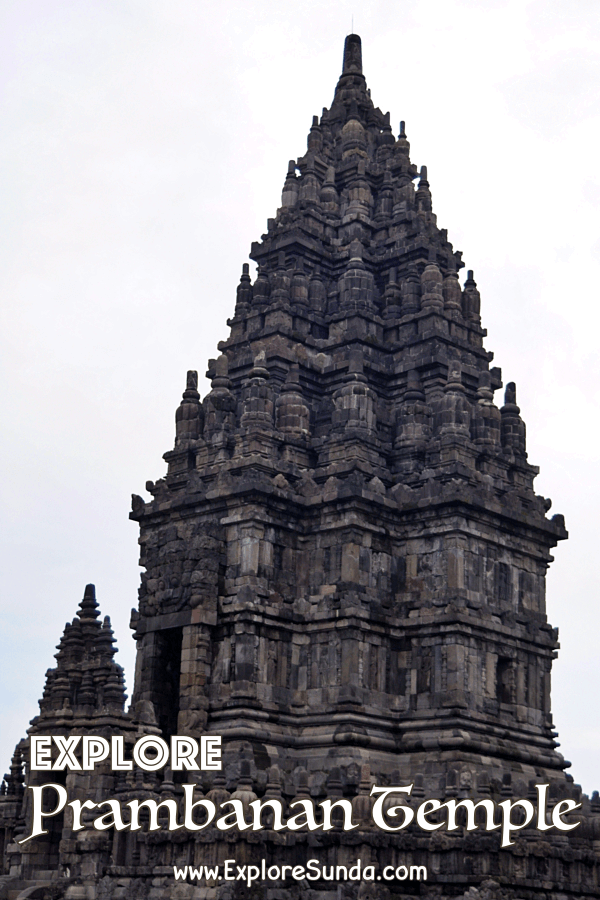 Candi Prambanan together with Candi Borobudur are the two most visited temples in Indonesia. Both are listed in UNESCO World Heritage Site site since 1991.

Prambanan temple is named after the village it is located. Presently, it lies in the land of Yogyakarta and Central Java provinces. Therefore, you will easily find the gates to Prambanan complex on the road side of the provincial road connecting the city of Yogyakarta and Solo.

Why do people visit Candi Prambanan? 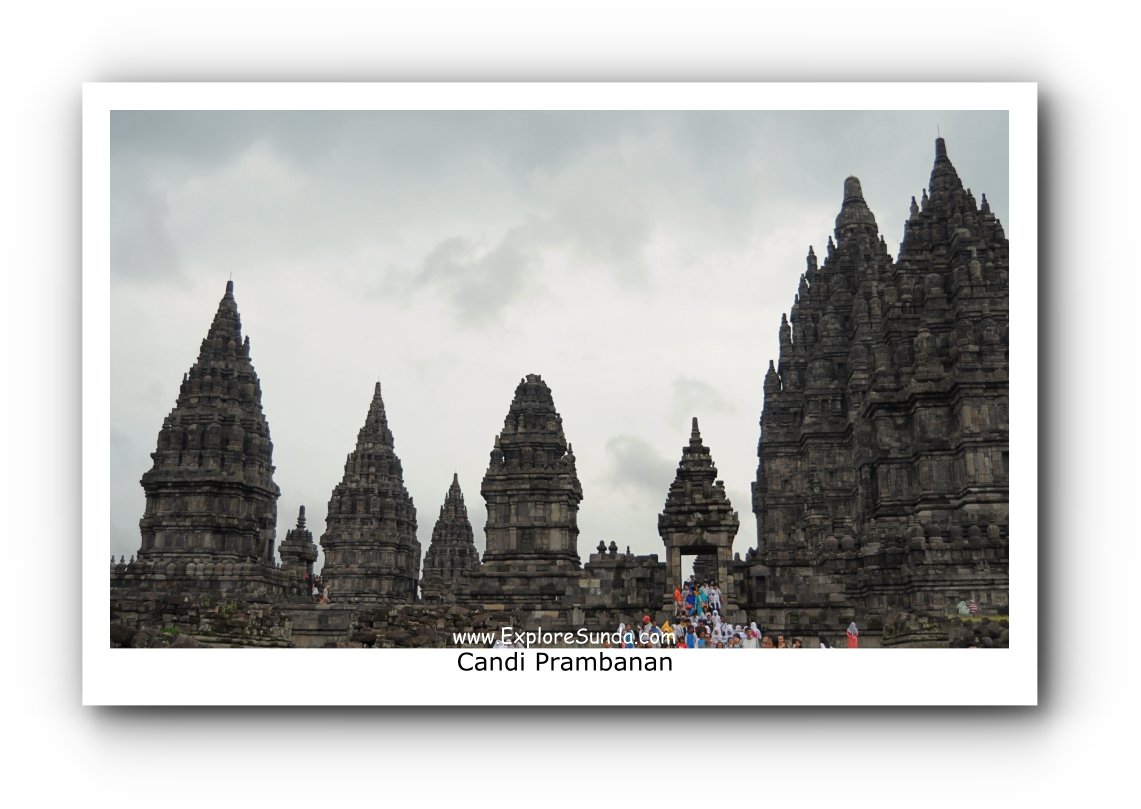 A Trip to Candi Prambanan

or buy a combo ticket to visit Candi Borobudur, Candi Prambanan, and Ratu Boko in 1 day

Rakai Pikatan from Sanjaya Dynasty started to build Prambanan temple in the mid of 9th century. Then the work was continued by his successors.

The Prambanan complex is dedicated to the three divines god of Hindu: Siva (the destroyer), Brahma (the creator), and Vishnu (the keeper), each has its own temple. However, the largest one belongs to Siva. Each god has a magical vehicle: Siva rides a bull named Nandi, Brahma rides a sacred swan named Hamsa, and Vishnu rides a mythical bird called Garuda. Each of this vehicle has its own shrine right in front of the respective gods. In addition, there are ten small shrines in between them. They are all made up the inner zone.

The outer zone consists of 224 Pervara temples or Guardian temples. They are small in size and identical. Sadly, you will only see piles of stones as part of these temples foundations. It is almost impossible to restore them, since the stones are scattered everywhere due to the earthquake, looting and thievery. 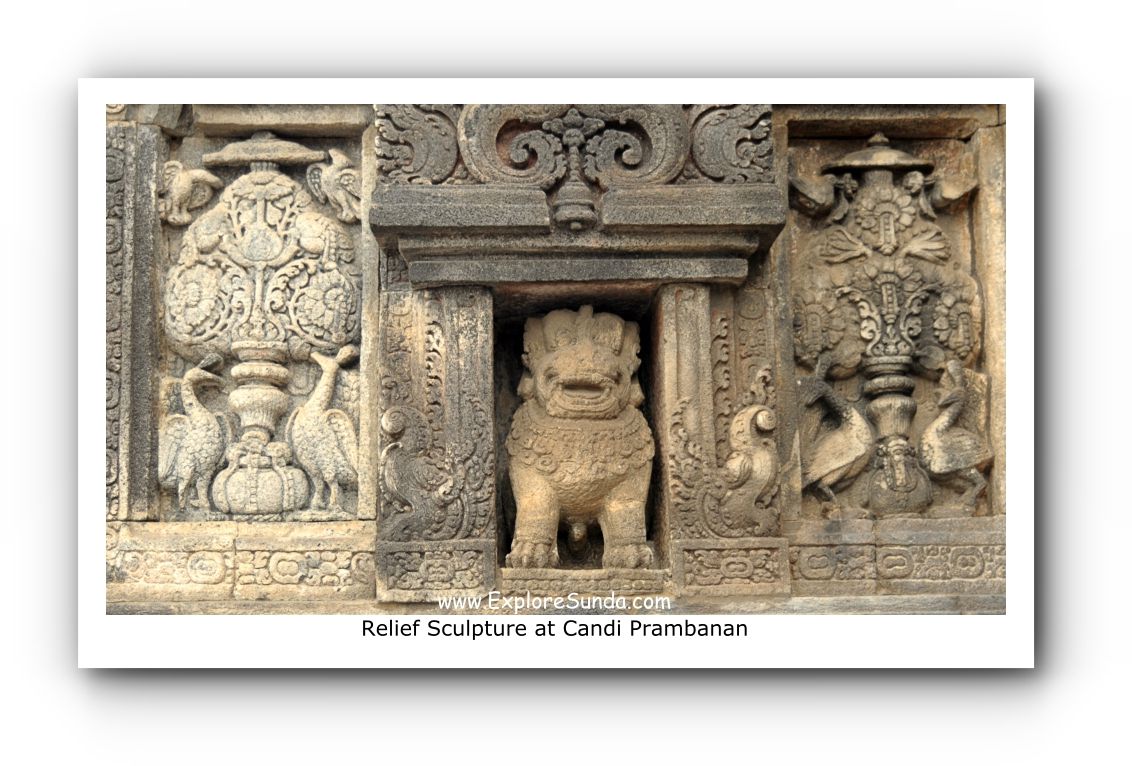 If you are interested to watch Ramayana ballet, you may check the time and date of the venue directly here. 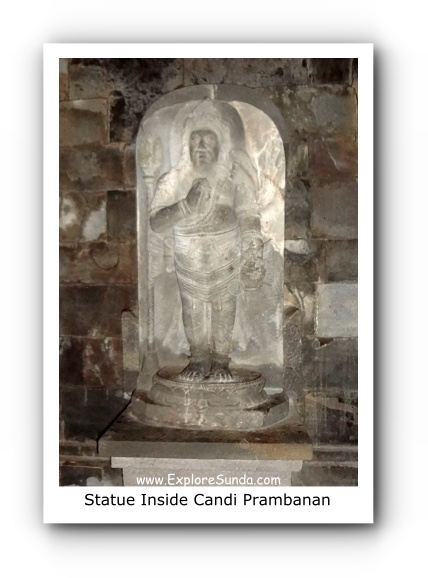 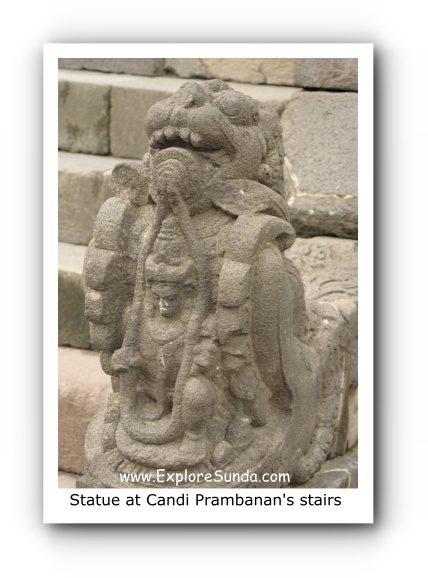 The Legend of Roro Jonggrang

This legend connects Candi Prambanan to Ratu Boko. Ratu Boko is a temple complex near Prambanan temple. Until now archaeologists are still unsure what is the function of Ratu Boko, but it looks like a palace within a fortress.

The legend started with the marriage proposal from Bandung Bondowoso to princess Roro Jonggrang. She didn’t want to marry him because he murdered her father: King Boko. Since Roro Jonggrang couldn’t directly reject it, she put a condition to the proposal: Bandung Bondowoso had to build 1,000 temples in one night. He agreed to the condition and asked spirits (underworld creatures) to help him. When the princess found out that Bandung Bondowoso almost succeeded, she woke all of her maids and villagers up. They pounded rice and set up fire, to make it looked like the sun had risen. It fooled the roosters, so they started to crow. Hence, all the spirits abandoned their work and returned to their world. When Bandung Bondowoso found out Roro Jonggrang cheated on him, he turned the princess into a stone and put it in the 1000th temple.

The legend continued to the Durga statue in the Shiva temple, which is believed to be the cursed princess. 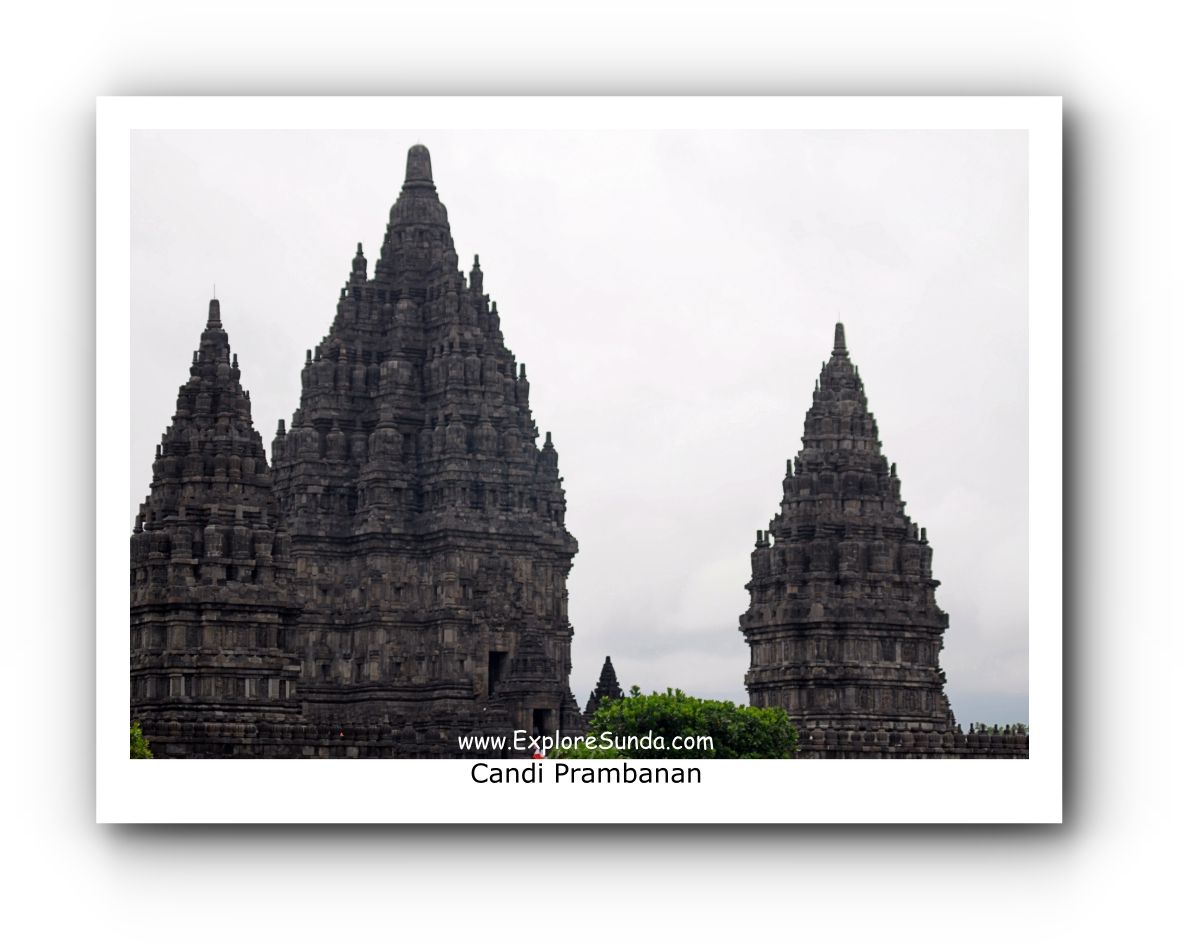 It seems the ancient Buddhist and Hindu kings favor the area surrounding Candi Prambanan. Thus, you will find many temples nearby, although they are much smaller and not as magnificent as Prambanan and Borobudur temples.